Women’s Health Research at Yale today announced funding for three new studies. They include one of the first studies to examine sex differences in treating neuroendocrine neoplasms (NENs), a rare form of cancer often found in the gastrointestinal tract. The second study will examine the effect of gender-affirming hormone therapy during adolescence on bone development. The third study will utilize machine-learning and brain imaging techniques to understand the mechanisms through which a particular genetic variant increases the risk for developing Alzheimer’s disease more significantly for women than men.

“The more we investigate the role of sex and gender on our health, the more we learn how differences can lead to quite large impacts,” said WHRY Director Carolyn M. Mazure, PhD. “These new studies explore critical features of health and disease to ensure that everyone has the best health care throughout life. Such care starts with research that considers all aspects of biology and behavior that make us unique.”

The new studies ask significant questions with practical consequences for health. Can analyses of a large U.S. database and multiple completed clinical trials in patients with NENs identify sex-based differences in treatment-related side effects? And, can these studies help inform additional research to identify changes in DNA that are associated with these side effects? Can data collected using state-of-the-art bone density equipment and analysis techniques guide efforts to minimize short- and long-term risks for bone growth to adolescent individuals undergoing gender affirming hormone therapy? And can newly designed neuroimaging techniques successfully map the relationships among brain circuitry, sex, aging, and cognitive task performance to inform the development of new targeted prevention strategies and therapies for the estimated 15% to 25% of women who carry the single greatest known genetic risk factor for Alzheimer’s disease?

About 12,000 people in the United States are diagnosed with an NEN every year, a number that has been increasing for years as diagnostic techniques have improved and awareness has grown. Though rare by incidence, NENs are the second most prevalent gastrointestinal cancer after colorectal cancer, due largely to their slow growth. Research has shown that treatment-related toxicities are common among patients treated for these cancers, contributing to poor quality of life, worse outcomes, and increased costs both to the patient and the health care system. These challenges are especially important in chronic cancers such as NENs.

And while large population-based studies suggest that there are sex differences in the number of patients diagnosed with NENs each year, where the cancer starts, and survival rates, there have been few studies dedicated to the role sex plays in the side effects of treating these tumors.

One such study showed that female patients undergoing treatment for NENs had twice the rate of low platelets (cells that help blood clot) and five times the risk of low white blood cells (the cells that fight infection). These increased side effects have the potential for many negative downstream consequences for female patients involving quality of life, financial costs, and outcomes, particularly if treatments are interrupted or doses reduced. 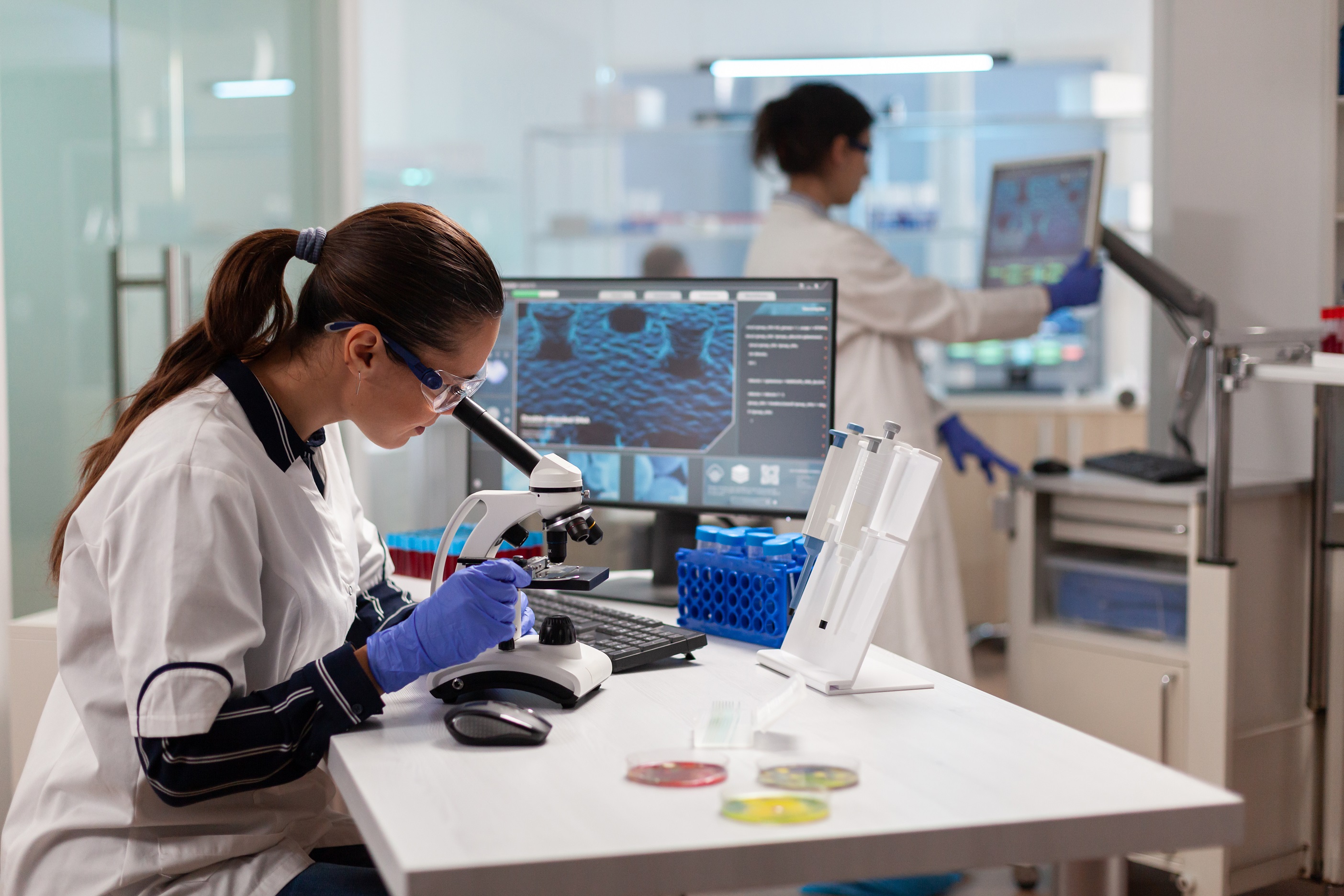 Dr. Kunz, an oncologist, associate professor of medicine at Yale School of Medicine, and director of the Center for Gastrointestinal Cancers at Smilow Cancer Hospital and Yale Cancer Center, is utilizing a large U.S. database of patient information to provide an important biological window into such sex differences in NEN treatment side effects. Her team will also identify candidate genes or common gene variations that are associated with the risk of a single toxicity from treatment or a cluster of related toxicities.

By identifying sex differences and genetic predictors of these side effects, researchers can then tailor treatments to reduce the toxicity of the treatments and improve survival rates.

“As a female doctor who treats gastrointestinal cancers and an advocate for gender equity, I am eager to apply the lens of equity to my own research,” said Kunz, who also serves as the vice chief of diversity, equity, and inclusion for the medical oncology section at Yale Cancer Center. “If we confirm an increase in treatment-related side effects for female patients with NENs, we can propose proactive steps to better understand and lower these risks.”

The sex hormones estrogen and testosterone are critical regulators of bone health, contributing in different but complementary ways to the development of bone strength and structure during puberty. The typical patterns and timing of pubertal development are significantly altered in transgender youth who undergo gender-affirming hormone therapy (GAHT) during adolescence, and the effects of these hormonal regimens on the process of bone development are not fully understood.

Transgender youth, particularly youth transitioning from male to female, may have delays in development of overall bone strength that improve over time.

However, overall bone strength reflects a basic, single approximation of a dynamic process that can vary greatly among individuals. Newer assessments of bone structure can now account for variations in bone strength within the bone, which may help to predict fracture risk over time. But there are limited data for these newer measurements to determine what might be usual in youth undergoing gender-affirming hormone therapy, an increasingly common but understudied treatment.

In a survey published by The Trevor Project in 2019, nearly 2% of youth identified as transgender, more than double a 2017 estimate from a survey of adults. And while not every transgender individual undergoes gender-affirming hormone therapy, young people identifying as transgender and their families need more information about the effects of GAHT on bone health to minimize risk and improve long-term health outcomes. 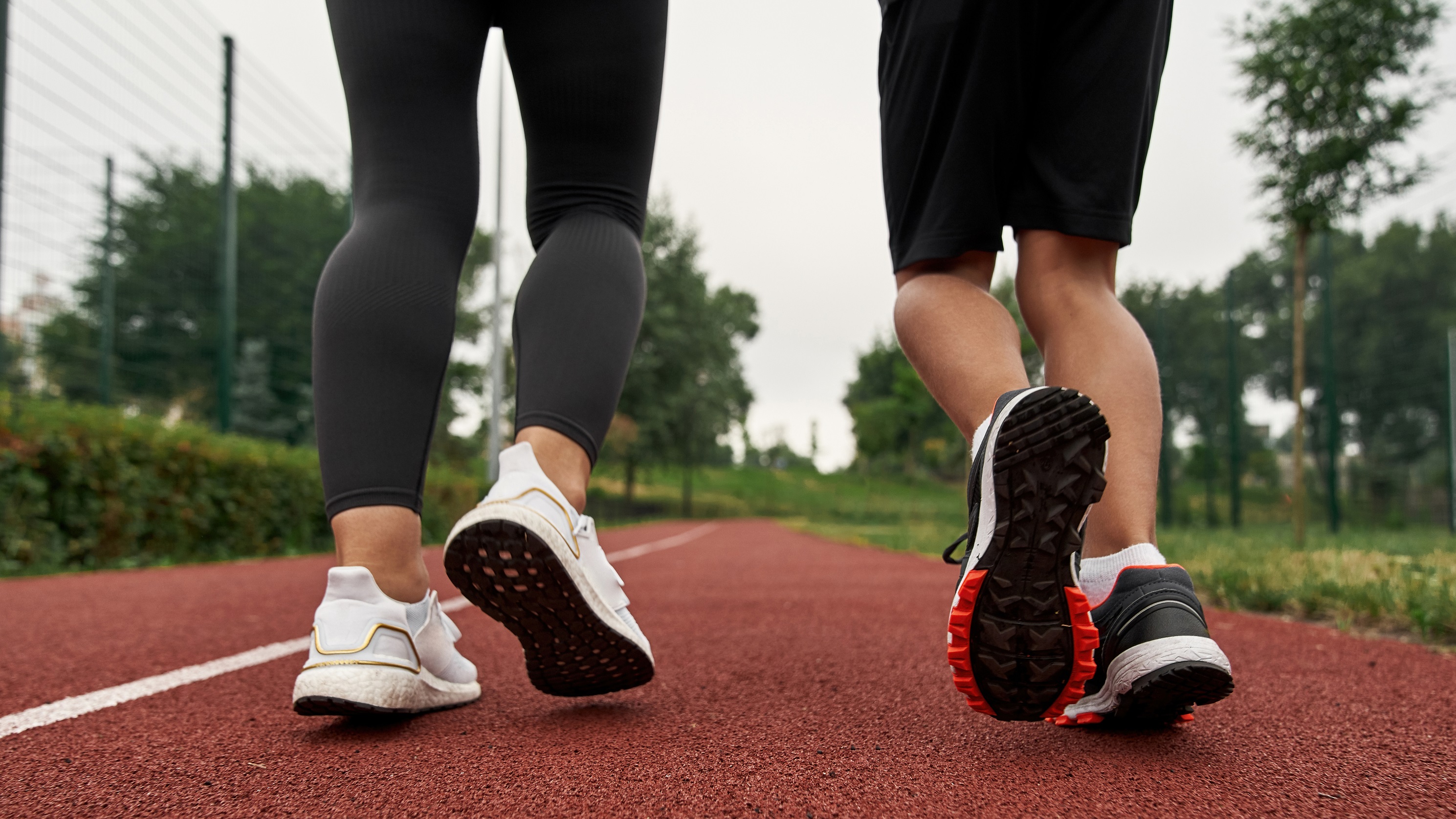 With a grant from WHRY, Dr. Stuart Weinzimer, professor of pediatrics at Yale School of Medicine, will work with youth extensively screened — psychologically and medically — through Yale’s Pediatrics Gender Program prior to choosing GAHT. Dr. Weinzimer will utilize the latest and most sophisticated measures of bone health to characterize the changes in the density, quality, and architecture of bones as well as the metabolic markers of bone health over the first year of gender-affirming hormone treatment in transgender youth. In addition, Dr. Weinzimer’s team will identify demographic, clinical, and behavioral variables such as diet and exercise that may facilitate or interfere with normal skeletal health in this population as they age.

“We are focusing on the first year of treatment because this is the time of maximal alterations in the hormonal environment,” Weinzimer said. “This study will not only collect important data on individuals assigned female at birth and those who are affirmed in the female gender undergoing treatment but will also guide providers in developing hormone treatment regimens that minimize short- and long-term risks and optimize skeletal health over time.”

Weinzimer is recruiting transgender adolescents prior to initiating either testosterone or estrogen treatment, analyzing bone health within each group from baseline measurements through the end of the year and between the two groups receiving different hormones. He will also assess the potential effects of prior use of puberty blockers on biological markers of bone health at the beginning of the study and after one year.

“These data will ultimately help us to understand if current treatments are effective in optimizing skeletal health when initiating affirming hormone therapies and the role played by non-pharmacological influences, such as physical activity and diet, in the trajectories of these metrics over time,” Weinzimer said. “Given the increasing number of adolescents undergoing gender-affirming treatments, it is vital to understand how these therapies either increase or mitigate risk so that we can provide informed counseling and identify potential interventions."

About two-thirds of the six million people affected by Alzheimer’s disease (AD) in the United States are women. The reasons for this gender difference include the average longer lifespan of women as well as social determinants of health that are not as easily accessed by women, such as higher education, opportunities for physical fitness, and stimulating employment — which all provide protective benefits for brain health as we age. But research continues to reveal the role of biological factors as well.

For example, a genetic variant of the apolipoprotein E (APOE) gene on chromosome 19, known as the APOE-ε4 allele, accounts for up to 50% of genetic risk for Alzheimer’s disease. APOE helps to create a protein involved in carrying cholesterol and other types of fat through the bloodstream. Women who carry one or two copies of this allele (people inherit one APOE allele from each parent) face a four- to twelvefold increased risk of Alzheimer’s disease as they age. In comparison, men who carry just one APOE-ε4 allele have little or no increased risk.

Approximately 25% of the U.S. population carries at least one APOE-ε4 allele. But we only have limited understanding of how this genetic variant interacts with brain connections to increase women’s vulnerability to AD. 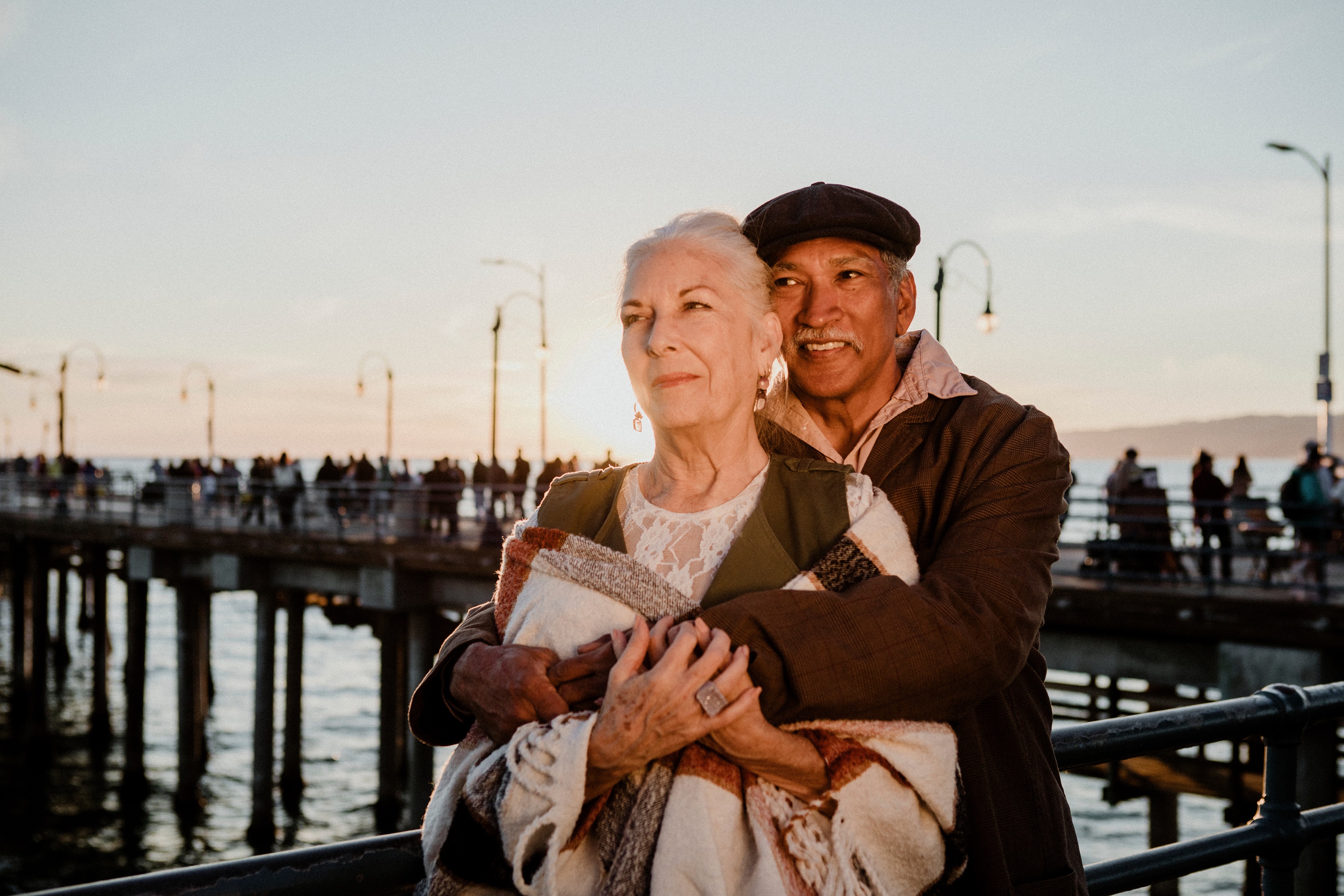 With a two-year WHRY grant, Dr. Carolyn Anne Fredericks is using magnetic resonance imaging (MRI) with a new technique developed at Yale by Dr. Todd Constable, director of MRI Research, and colleagues, to understand the functional impact of APOE-ε4 on the brains of women who develop Alzheimer’s disease and create new opportunities for targeted therapies. Known as connectome-based predictive modeling, the technique provides a map of connections within the brain to match with non-imaging biological markers associated with a predictor of interest, such as a behavior or a gene. For this study, the researchers will seek robust predictors for the presence of an APOE-ε4 allele as well as short-term memory performance and compare the results for women and men.

“We don’t yet understand whether there are specific aspects of brain connectivity that predict poorer memory test performance in women, as opposed to men, and whether these are affected by the inclusion of other variables, such as level of education,” said Dr. Fredericks, an assistant professor of neurology and a clinician specializing in neurodegenerative disorders. “Gaining this knowledge would motivate future work targeting these connections for future therapy, whether behavioral or drug-based.”

Previous neuroimaging studies attempting to address the relationship between sex, aging, and cognitive task performance have been hampered by relevantly small datasets with limited power and capacity to generalize to larger populations, as well as analytical techniques that are not often validated and have limited predictive power.

Dr. Fredericks will access a large database of individuals who are cognitively healthy yet have abnormal Alzheimer’s protein build up in their brains as documented by a specialized positron emission tomography (PET) scan. In addition to APOE genotype, the database also includes extensive health information and MRI data. She will use connectome-based predictive modeling to avoid over-fitting to any specific data set and increase the likelihood findings will be applicable to larger populations.

“We believe that this work has the potential to inform the development of new targeted therapies for the 15 to 25% of women carry at least one ε4 allele,” Fredericks said. “As well as for women with poorer short-term memory performance, particularly related to lower cognitive reserve, who are at future risk of Alzheimer’s disease.”