Plitvice in the Rain

Hi everyone, My wife, Heide, has a reputation for bringing beautiful weather wherever she travels. No matter what the season, and no matter where she goes, the clouds lift and gloom turns to sunshine. The fact that I’m her constant companion is beside the point. She deserves the credit.

Yesterday morning in Croatia was an exception. After spending the night on a lavender farm, we woke to thunder and freezing rain. Wrapped in sweaters on an enclosed wooden deck, we warmed ourselves with Turkish coffee and fresh-baked bread, and finished off some leftover short ribs brought from Zagreb, before entering the downpour.

We headed out for an hour’s drive to Plitivice Lakes, a must-see national park, which is apparently overrun with tourists during the summer, flocking from great distances to see the green flora, blue lakes, and white waterfalls. As we drove, Heide pointed to homes that had remained abandoned since the war in the 1990s.

The park’s entrance was the location of “Bloody Easter,” the site of a fatal ambush at the start of the war. Except for an inconspicuous monument, which was easy to miss in the blowing rain, few clues alerted us to the park’s violent past. As we prepared to leave the car, I questioned the wisdom of hiking in the icy rain, but we’d driven hundreds of miles to reach the park, and turning back was not an option. So armed with umbrellas and raincoats, we joined scattered pods of tourists and paid the admission fee.

Under the gray sky, the lakes were an amalgam of emerald and metallic green, resembling the oxidized copper you sometimes see on the roofs of old buildings. 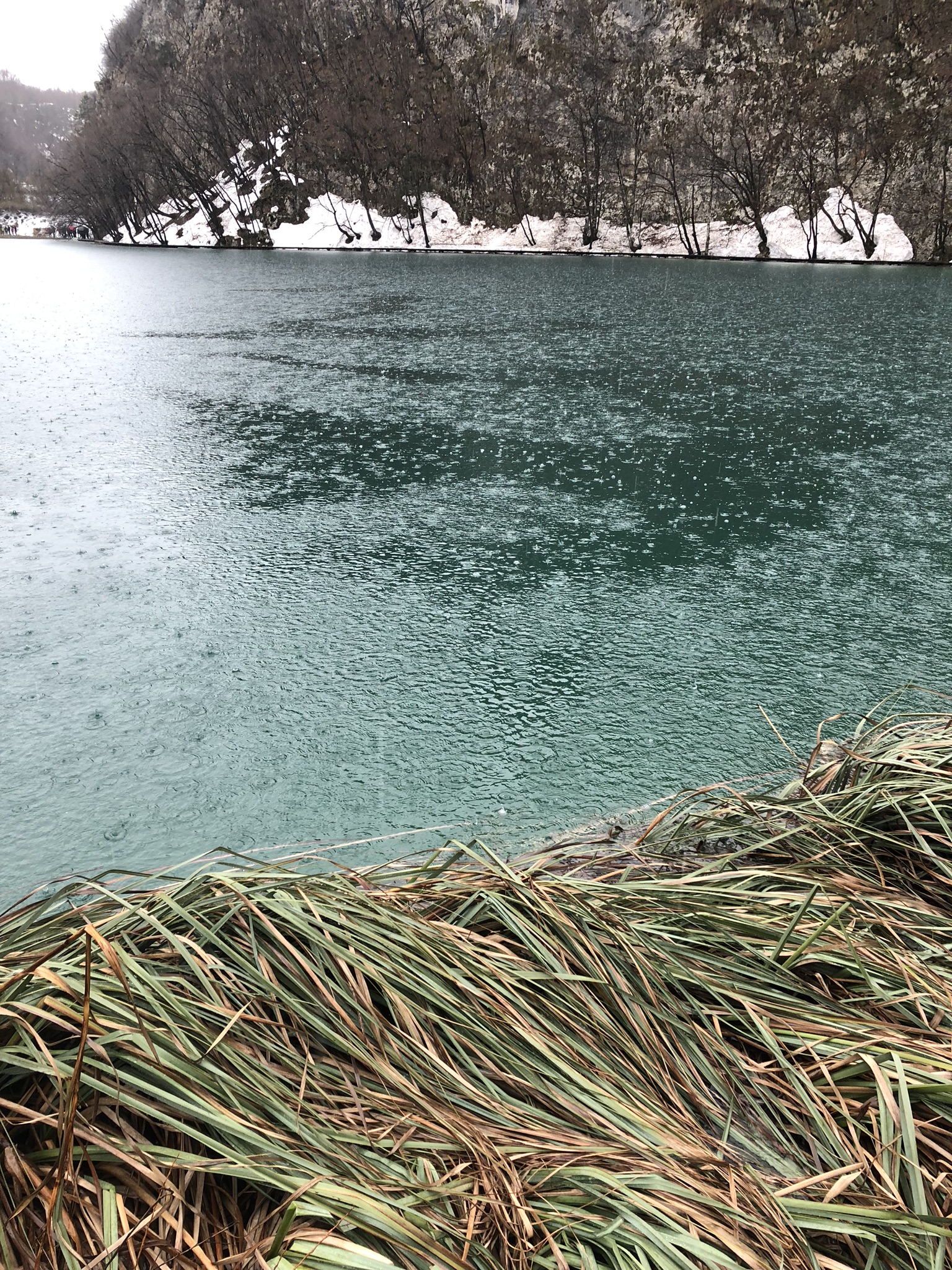 As the rain fell, we descended to the waterfalls. Gray steam ascended where the falls hit the lake beds. 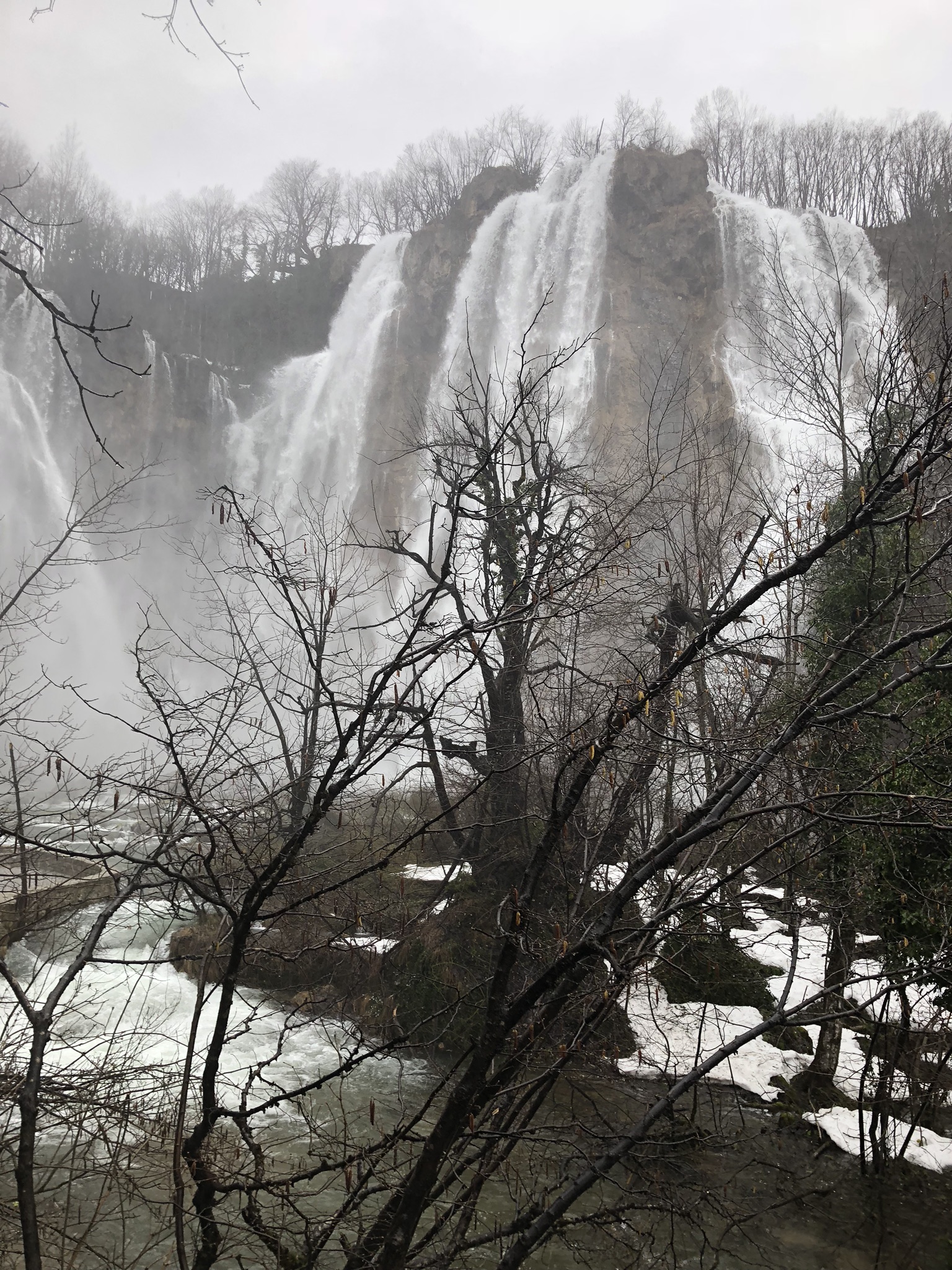 The hillsides were coated with brown, leafless trees and residual patches of winter snow. Water gurgled through narrow wooden walkways as we crossed steams, soaking our hiking boots and sneakers. 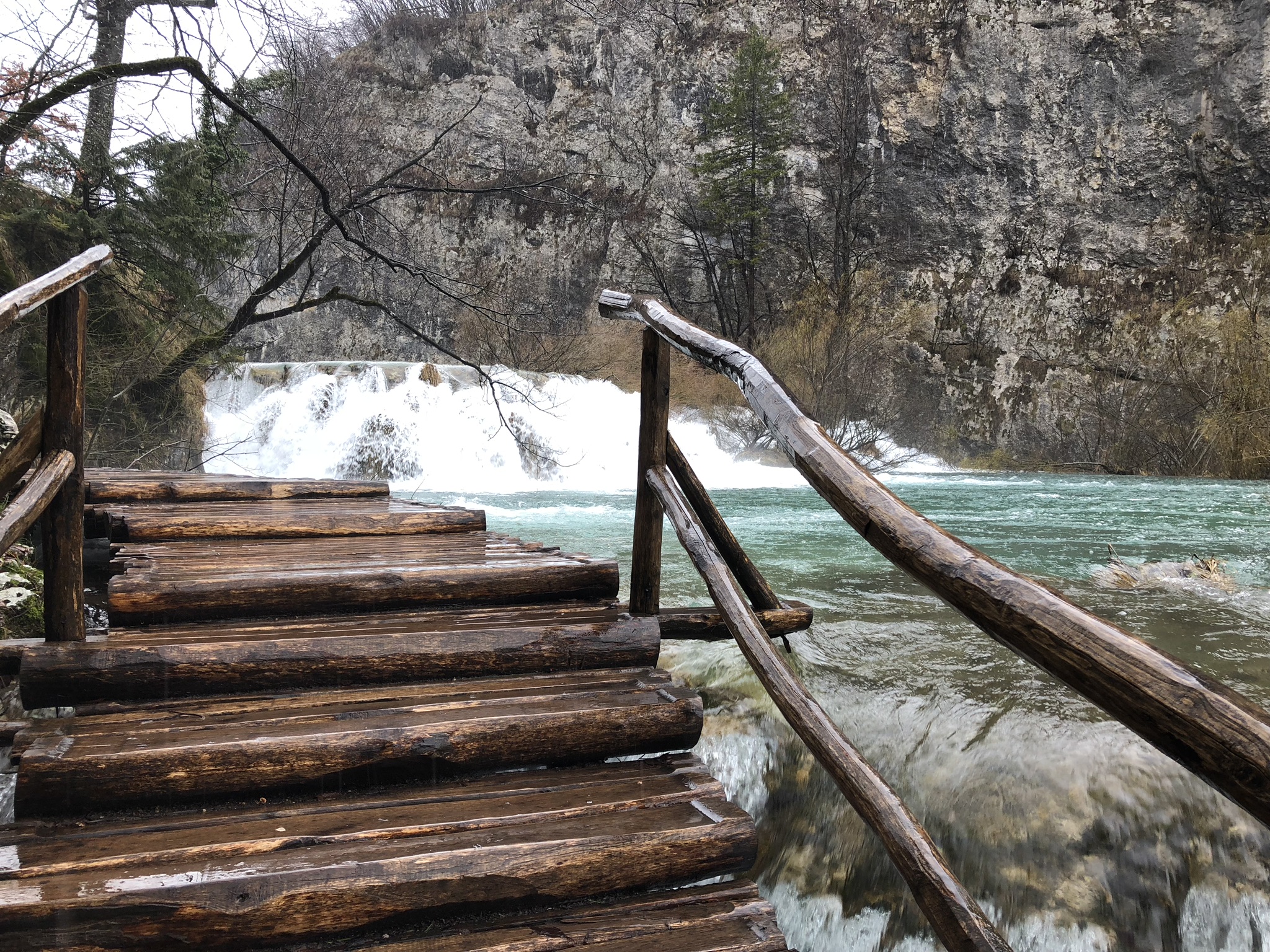 I held Heide’s hand as she navigated the edges of puddles, holding tight to keep her from slipping into the lakes. The hike was supposed to be a circle, but the second half was cut off by snow, so we doubled back.

Crunching along, my mind wandered to intern recruitment, which culminated in last week’s match. This year’s class is the most diverse in memory, a fact which holds special meaning for me in today’s political climate. For reasons I don’t understand, few of our peer residency programs recruit international students to the extent that we do. And this year, we were rewarded with seven stars: three interns from Iran (and hopefully a fourth if the State Department allows), two from Germany, and one each from Colombia and India. We’re also diverse geographically from within the United States, with interns who will travel from as far as Tennessee, Nebraska, Arizona, Florida, Utah, and Louisiana as well as many other states. Many of our American grads are immigrants or children of immigrants, and they speak countless languages. Several escaped challenging political situations, coming to America to chase dreams and contribute. We will be enriched by the walk we take together.

After two hours of hiking in the wet cold, our fingers started to stiffen. I looked away for a moment from the misty waterfalls and rushing streams and spotted a tiny yellow flower, peeking out from between a stone and a mound of slush, beaming radiantly against the gloom. 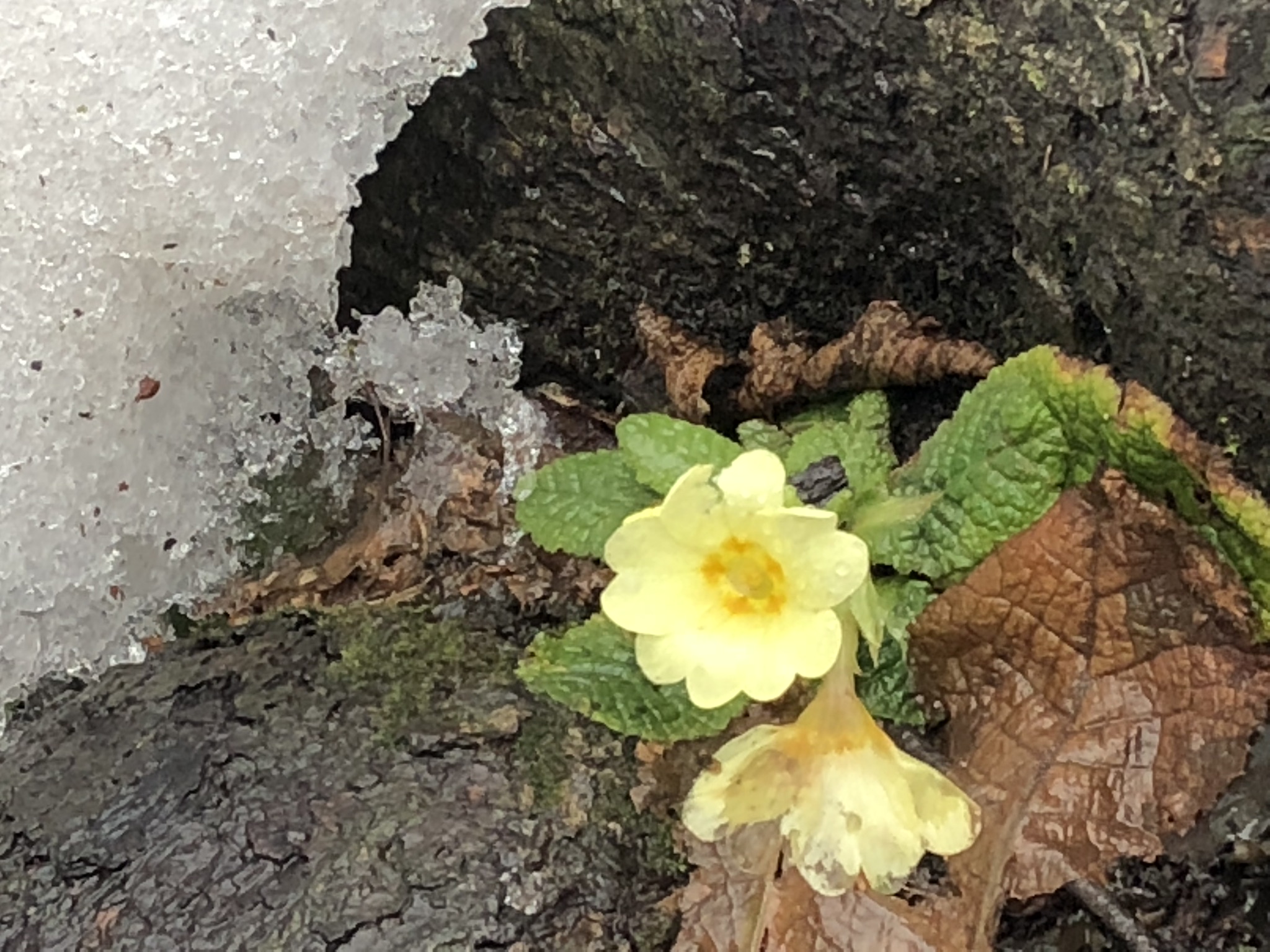 As we climbed back towards the park entrance and the car, the rain transitioned into large snowflakes. A minute later, we drove off for a long ride to Dubrovnik. I felt grateful that peace had returned to this beautiful corner of the world, and blessed to belong to families determined to seek out beauty and adventure, in any weather.

PS It was supposed to rain in Dubrovnik today, but the skies just turned miraculously blue.