Hutchinson attended Fordham University for his undergraduate degree in Biology, and then went to Switzerland for his medical degree at the University of Zurich. He completed medical school and started an internship at the Kreisspital Bülach, where he would meet his future wife, Margrit. 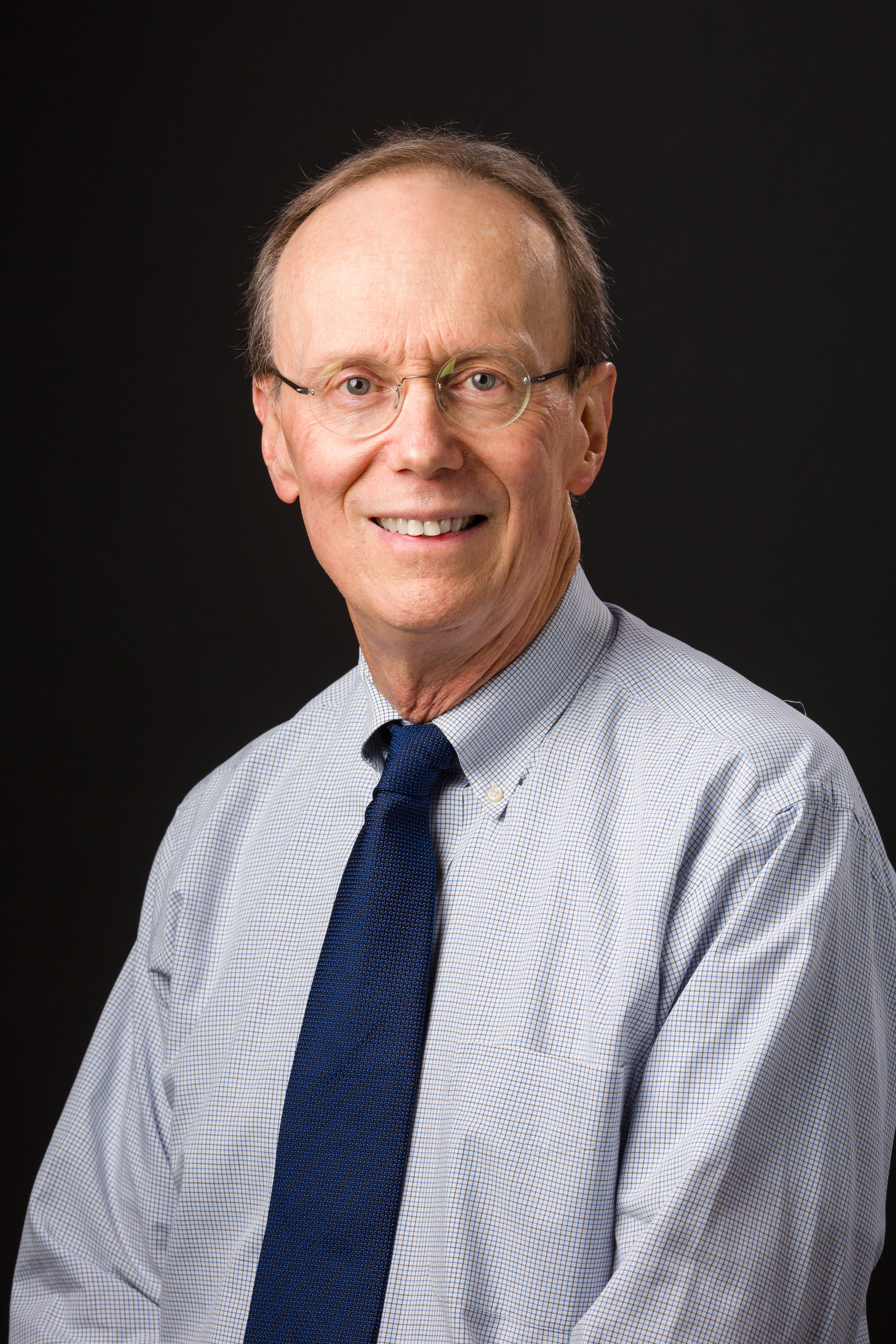 Peter James Jacob, MD, credits Hutchinson for helping him in medical school. “We were a few of the only Americans at the University of Zurich,” said Jacob. “Gordon was brilliant, athletic, and a very nice person. And I am indebted to him. I'm indebted to him because, really he is a lot smarter than I am, so I watched what he was learning and I learned it too, did well, but I always felt that he was the most brilliant one in our group.”

During his medical school rotations, Hutchinson was impressed with rheumatology. “You actually had to talk to people, not just look at their electrolytes; you really had to examine them, and then you had to synthesize a plan. Laboratory played a secondary role, as opposed to endocrine or renal where the labs were everything. I thought that rheumatology was the ultimate clinical specialty. So that's what I was signing up for. And I've been happy with that choice ever since,” he said.

Hutchinson returned to his home state of Connecticut and settled with his wife in New Haven. He started his internship at the Hospital of St. Raphael in New Haven, where he would meet his longtime friend Joseph Gadbaw, MD. The pair worked together for three years at St. Raphael’s.

“It was 1977, and we all started as young interns. Gordon stood out, not only for his appearance because he had a beard and round wire-rimmed glasses like John Lennon, but for his maturity level and a level of inquisitiveness,” said Gadbaw, former chief of Medicine at Lawrence & Memorial Hospital in New London. “He was inquisitive with just about everything that he was exposed to.”

Gadbaw also credits Hutchinson’s mother, Rita, for informing her son of the hospital’s inner workings. “His mother was a nurse on one of the MedSurg floors, so he knew how things went around the hospital. She was a presence.”

Hutchinson was chosen as a chief resident in 1979, along with Gadbaw and Evan Ginsberg, MD. “What we liked the most was the teaching responsibilities, so it was a teaching program, and that was an interface between the teaching staff, the full-time faculty, and the interns and residents. We had a triple-headed chief residency, Gordon, Evan and myself, and it was a great relationship,” recalled Gadbaw.

He became a clinical instructor in medicine in 1982. During this time, community rheumatologists served alongside faculty as attendings on the rheumatology consult service. The YSM Section of Rheumatology was small, with few clinicians. It was during the 1980s that Robert Schoen, MD, MBA, got to know Hutchinson. “We were both kindred souls in the sense that we were community physicians around the university hospital, because that's where we wanted to be clinicians. We had that in common. We had an interest in Lyme research as well; we wrote a couple of papers together. And then I really got to know Gordon very well over the next many years, because although we were in separate private practices, we cross-covered for each other pretty extensively,” explained Schoen.

In 1984, Hutchinson became the chief of the Section of Rheumatology at the Hospital of St. Raphael, a position that he held for 29 years. Barbara Roach, MD, started her fellowship in 1984 and it was “immediately clear” that Hutchinson was a fantastic teacher. “On one of my months on service, Gordon was my attending. He carved time out of his busy office schedule to round on patients and discuss new cases. He was very personable to work with. He was one of the favorite attendings because he was such a good teacher,” said Roach.

At the conclusion of her fellowship, Roach accepted a position in Hutchinson’s practice. A few years later, Janine Evans, MD, would start treating patients within his practice, caring for patients with rheumatological disease. She considers Hutchinson a mentor.

“It was a boon for me to work with Gordon. He was really knowledgeable,” said Evans. “He was always willing to let me bounce ideas off him and he always responded with enthusiasm. He had extensive clinical experience.”

The Hospital of Saint Raphael was acquired by Yale New Haven Hospital in September 2012, becoming a 1,541-bed hospital with two campuses. Two years later, Hutchinson brought his 35-year-old practice into the Yale fold.

“My wife managed my Sherman Avenue practice for 35 years. She was instrumental in keeping it together,” Hutchinson said.

Hutchinson is a fellow of the American College of Rheumatology, and a member of the American College of Physicians, the Lupus Foundation of America, Connecticut Chapter, and the Arthritis Foundation. He was named the 2005 Teacher of the Year for the Department of Medicine for the Hospital of St. Raphael, along with the Rheumatology Fellow’s Teaching & Mentoring Award in 2005, 2016 and 2019. He was repeatedly named one of the “Best Doctors” in Rheumatology from Connecticut Magazine, achieving the honor every year from 2004 through 2019, and won a similar honor from Castle-Connelley eleven times. Hutchinson was the runner-up for the 2020 David J. Leffell Prize for Clinical Excellence at YNHH. Richard Bucala, MD, PhD, Waldemar Von Zedtwitz Professor of Medicine (Rheumatology) and Professor of Pathology and of Epidemiology (Microbial Diseases); and chief, rheumatology, allergy & immunology, acknowledged Hutchinson’s vast clinical experience and diagnostic insights, as themes throughout his career in his nomination letter.

“[Hutchinson] developed an incomparable reputation for his diagnostic acumen and uncompromising commitment to the highest standards of medical professionalism, clinical care, and patient well-being. He became the undisputed “go-to” rheumatologist for patients and referring physicians alike, and he routinely would be the third or fourth rheumatologist seen by difficult to diagnose or manage cases,” Bucala wrote. “He acquired this reputation by the depth of his clinical experience, mastery of medical knowledge, and wisdom in patient management. When asked for his approach to medicine, he would invariably say, ‘listen to your patient and believe them, this is the foundation for diagnosis and for healing.’”

Along with Hutchinson’s Yale colleagues, Gadbaw would also tap into his expertise. “If I had a rheumatology problem, I would call Gordy and say, ‘Here’s my situation.’ We have a great relationship,” said Gadbaw. “We both had great experts in our fields in our respective places, but it was nice to talk with somebody you went through training with, and we interfaced with one disease that was common to both specialties and that was tick-borne illnesses and Lyme disease.”

In 2017, Hutchinson was diagnosed with metastatic renal urothelial cancer. He went through chemo- and immunotherapies. Concerned about how the treatments would affect him, he considered retirement in 2019. Instead, he returned to patient care at his Old Saybrook office. Hutchinson is now in complete disease remission. He fully retired in 2020 to spend time with his wife and family, and because of the uncertain outlook of his cancer, he said. “I therefore felt it would be prudent to stop active practice when I did. I preferred this to being forced to stop abruptly at some point in the future due to cancer progression or the possible side effects of treatment. Happily, I have continued to enjoy other pursuits and a volunteer teaching role in the section and participation in grand rounds.”

When evaluating his long career, Hutchinson is most proud of those students he has taught over the years. “I think I'm most proud that I've inspired people to go on to do rheumatology,” he said. “Every year at the national meetings, we have a dinner for all the alumni. It's always nice to see people come back and see that they're doing well and enjoying the specialty that they picked and that I had some small role in that.”

“Gordon will be tremendously missed,” Bucala said. “He is revered by patients and by our fellow physicians, trainees, nurses, and health care staff - not only for his clinical expertise but for his kindness and grace. He is the best that medicine can offer. Judging by his active participation in in our section’s teaching and grand rounds, where his clinical acumen and incisive questions still set our academic standard, no one would know he is retired”.

Vaidehi Chowdhary, MD, clinical chief, rheumatology concurred. “Gordon is an excellent clinician, the type you refer your friends and family to. He was a patient and enthusiastic teacher. I hear the fellows and APPs in the clinic wishing he was still around. That is a huge testimony to the impact that he had with educating people. He was always fun to be around, and we still enjoy having him at the sectional zoom and listening to his precise recipe for sourdough starter, which has had an even greater impact during COVID-19.”

When it comes to retirement, Gadbaw has some advice for his long-time friend. “I told Gordon that he will love retired life,” said Gadbaw. “Yes, you have a different schedule and you get to enjoy whatever you want to do, provided your health is good, and that's always the challenge.

“I can envision him yodeling in the Swiss Alps.”

The Section of Rheumatology, Allergy & Immunology is dedicated to providing care for patients with rheumatic, allergic and immunologic disorders; educating future generations of thought leaders in the field; and conducting research into fundamental questions of autoimmunity and immunology. To learn more about their work, visit Rheumatology, Allergy & Immunology.