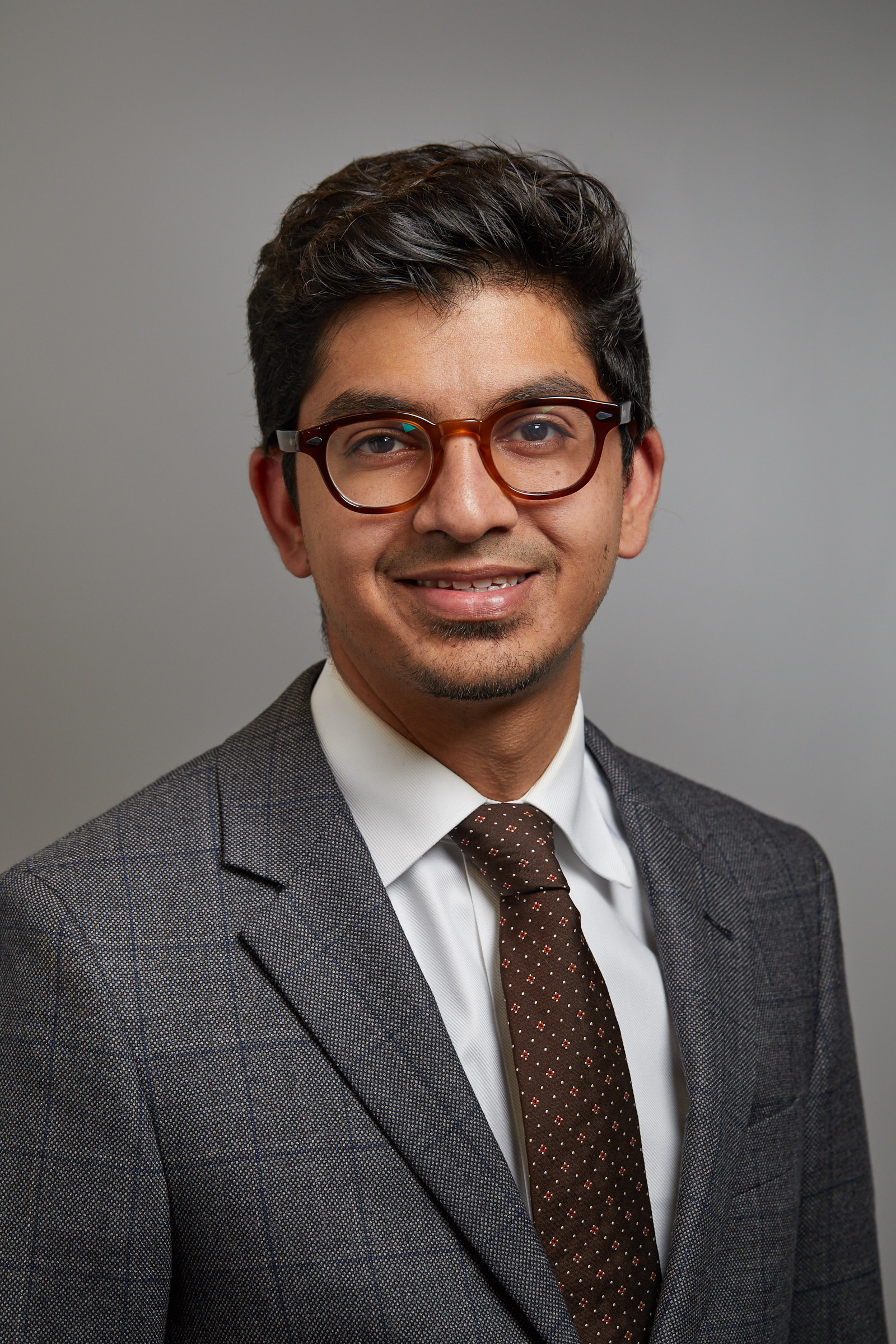 For Nikhil Seval, MD, assistant professor (infectious diseases), medicine has always been synonymous with family. As his older sister was the first physician in the family, Seval said, “I’m not embarrassed to say that I followed my sister’s footsteps in a lot of things,” attending the same elementary, middle, high school, undergrad, and medical school. However, when it came to his specialty, Seval was initially drawn to internal medicine for the sheer breadth of it. “What I would discover later was that fascination between what we see socially interacting with what we see medically and biologically. That’s what’s drawn me to what I do now, which is infectious disease work, but as it intersects with addiction and social and cultural interactions.”

Though addiction was always an interest in the back of his mind, his initial passion lay in hepatitis C and global health work in India - where, during his Doctors Without Borders mission, he worked as a consultant. When he came back to the U.S., he decided he wanted to be domestically focused, and pivoted his career from hepatitis C work in India to its presence in the U.S. and New Haven. In Connecticut, the people he treats largely include those with a history of injection drug use and incarcerated populations. It was also at Yale that he met his mentor, Sandra Springer, MD, associate professor (infectious diseases). “It’s been this incredible thing that has dovetailed with some of the initial reasons why I got into infectious disease, an area of active need in the context of the opioid epidemic.”

And just as he was able to find his career focus in addiction in New Haven, he was also able to find a home- both at Yale and with his now wife, Mollie Tucker, MD, who is a second year Infectious Disease (ID) fellow at Yale School of Medicine (YSM). Drawn to the vast array of Yale global health work from his past passions of hepatitis C in India, Seval remembers how fortuitous it was that he came to YSM. “I find that this has been the first place where I’ve found true career mentorship. I’ve never found anything like what I’ve found now in the past few years, people who have genuinely been able to connect with me and direct me towards my career goals. I really do think Yale is a special place for that.”

He smiles when recollecting his initial months in New Haven. “My time in New Haven, at Yale, has been incredible. My wife and I met during my residency in New York, got engaged, and then got married, only two months ago now,” chuckling, “We’re an ID couple.”

When not working out, practicing his native language, playing guitar, or brewing beer, , Seval spends his time on his biggest active project, a randomized controlled trial called Project Commit. The study evaluates the best way to take care of people with opioid use disorder and active severe infections for which they have been hospitalized. Because here’s the thing: they were often only treated for their infections, not their substance use disorders.

Seval cites his mentor as a part of the movement to integrate treatments for both infections and use disorders. “You’re going to have continued infections and relapse if you can’t get control of the underlying cravings and biology of opioid use disorder.” Their study involves two major points: to broadly integrate treatment by prescribing medication for both the infection and their opioid use disorder; and to incorporate a new mode of treatment via a drug called Sublocade, FDA approved in 2017. Compared to the common treatments for substance use disorders (generally a pill taken daily), Sublocade is an injectable shot in the belly that lasts 28 days. Seval says, “Theoretically, it could really help bridge you in this vulnerable period when you’re leaving the hospital, where taking a pill every day might not necessarily be high up in your hierarchy of needs. It helps with cravings, and hopefully helps reduce relapse. It’s been really exciting.”

Exciting indeed. After all, Seval is on the ground, implementing therapies and interacting with patients. “This past year, my goal has been that I want to learn about the practicalities and on-the-ground problems, and gaps in delivering that care.” This aim has taken him all around New Haven, and even Connecticut as a whole. Dr Springer’s InSTRIDE research group performs studies in correctional facilities, with a focus on York Correctional Institute - an all-female facility. When he is able to, he joins with the Cornell Scott Hill Health Street Medicine team Friday morning, from 6:30 to 8:30 a.m at Fair Haven to treat people with the most severe and chaotic substance use. “That’s been a real eye opener. If we’re talking about hierarchy of needs, some people are just not going to be able to come into a clinic. If you really want to deliver wraparound care to all people, for some, you’re going to have to go to them.”

This humility was reinforced by the lessons that he carried from his experience as a research fellow during the COVID-19 pandemic. His first experience attending was as an ID physician in the COVID wards. “It’s been very humbling to see what it’s like living in times when the science is being discovered and understood.” He remembers a story about a transplant patient, and debating with his colleagues about starting her on steroids. “I was like, “What should we do?” And nobody knew. So that’s why I think humility is a major thing I carry away from this, and a renewed appreciation for science and the scientific method and what we can learn from the literature.”

And certainly, he takes that mentality to his clinical work in New Haven. His weeks are highly variable. Right now, he works as a Clinician Educator, doing inpatient Infectious Disease consults at both campuses of Yale New Haven Hospital. But when he’s not on service, he spends twice a week at the Nathan Smith Clinic or attends research meetings, trying to find as many patients as possible for his study. You can even find him at weekly meetings with Melissa Weimer, DO, MCR, FASAM, where they review every patient infected with infective endocarditis and infection, and put together a personalized plan for each patient.

In essence, he wears a lot of hats. And he loves it. He remembers medical school applications or residency, where it seemed like every eligible candidate had insane expertise in one skill outside of their academics. “I take pride in being okay at a lot of things. I really find that balance and variety are things that are almost like virtues to me. And I love that in what I do in medicine. I want to be able to be as generally knowledgeable and applicable as possible.”

Looking to the future, Seval wants to keep doing what he’s doing professionally. But he’s thinking more about community interventions. “Anything that pushes you to get out of your comfort zone, out of the hospital and clinic environment.” And getting out of his comfort zone is huge for Seval - whether that means starting new work in the streets of Connecticut or trying out new hobbies on his off days, we look forward to the vast array of hats that he’s sure to rock in the future.