Meet our seven newest faculty members. Two are former Yale Radiology fellows. Three are joining our breast imaging division, one is joining the musculoskeletal section, and another the chest section. One is an Indian classical dancer, another is bringing his rescue dog with him to Connecticut, and a third fences, using the heaviest fencing sword, the épée. 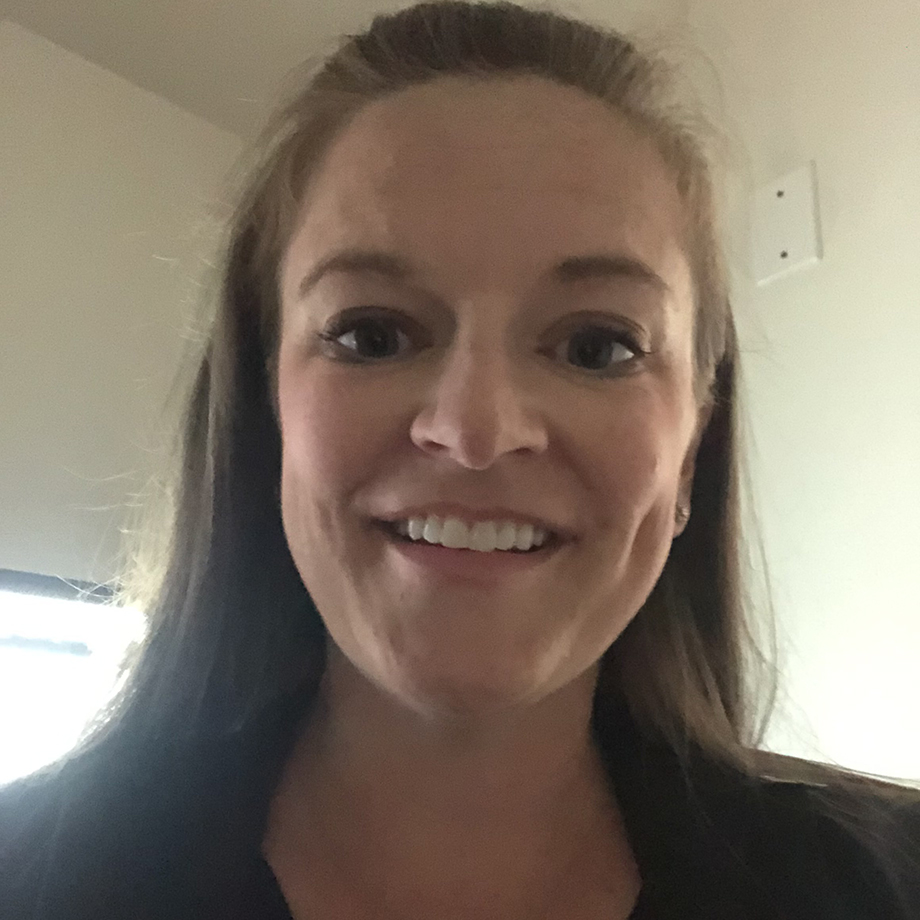 Dr. Christine Iseman Arms is an assistant professor of clinical radiology in the body imaging division. She earned a BA from Princeton University in 2003, an MS from Georgetown University in 2004, and an MD from New York Medical College in 2008. She completed her residency in diagnostic radiology at Mount Sinai Medical Center in 2013 and was a fellow in abdominal imaging at Duke University Medical Center from 2013-2014. She had been an attending radiologist at Northeast Medical Imaging, St. Peter’s Health Partners in Albany, New York since 2014. Dr. Arms, who ran track and field as an undergrad, is an avid runner. She also enjoys bike rides with her husband and two sons. 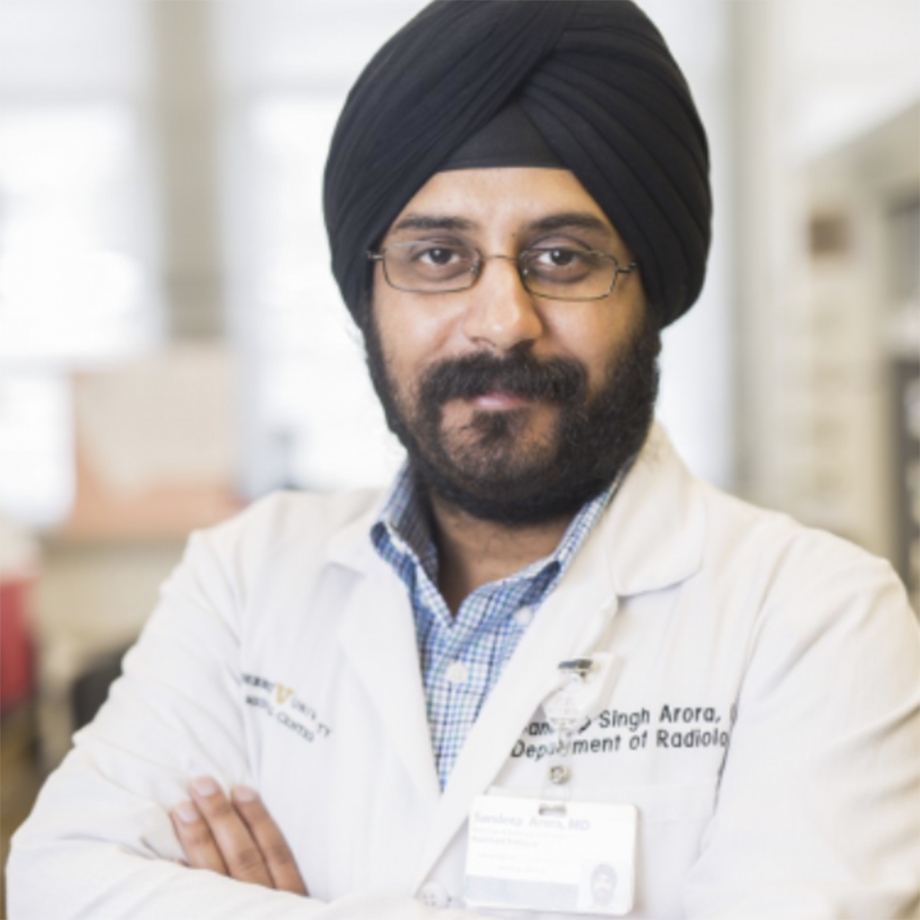 Dr. Sandeep Arora is an assistant professor in the body imaging division. He received an MBBS from University College of Medical Sciences in Delhi, India, in 2007 and was a research fellow in the Department of Radiology at the University of California, San Francisco, from 2007-2008. He completed his surgical internship at UC Davis Medical Center in Sacramento, and his residency in diagnostic radiology at the University of Louisville Hospital. He returned to the University of California, San Francisco, for a clinical fellowship in abdominal imaging. He previously was an assistant professor of radiology (body imaging/ultrasound) and of urology (by courtesy) at Vanderbilt University Medical Center where he also was the director of Body MRI. Dr. Arora’s research interests focus on therapeutic ultrasound. His wife, Tarsheen Sethi, MD, is joining Yale Hematology/Oncology as an assistant professor focused on lymphoma. They are excited to live in the Northeast for the first time with their 22-month-old son, Rajvir, and 11-year-old rescue dog, Milo. 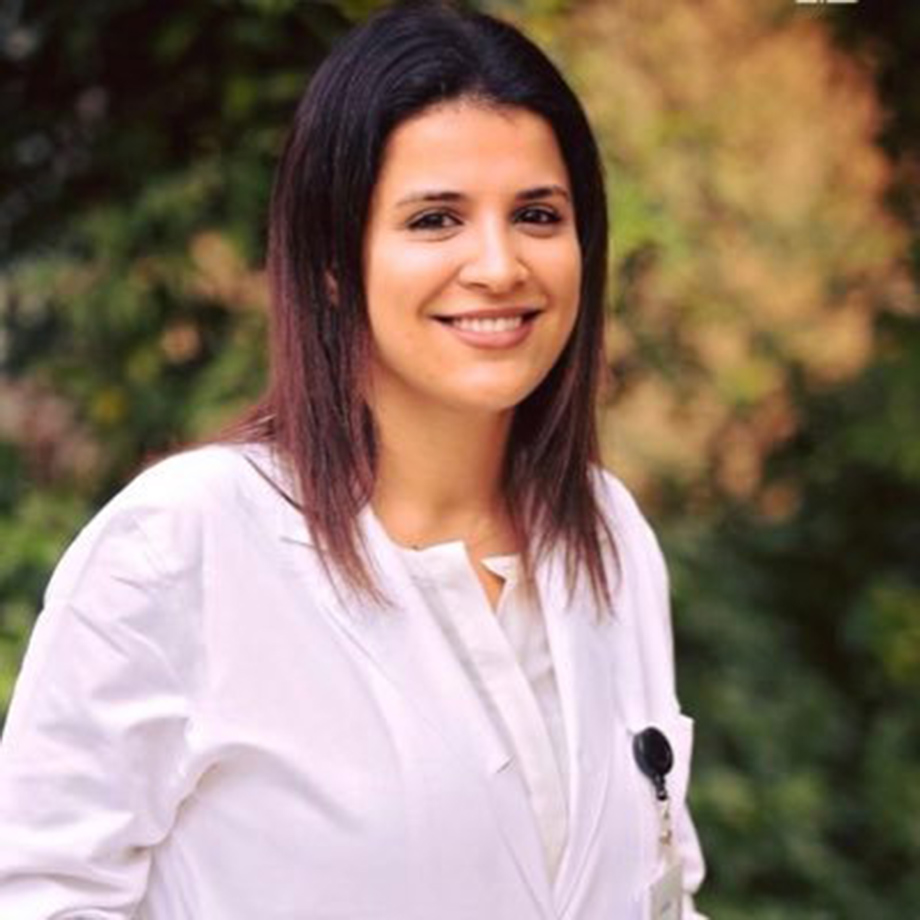 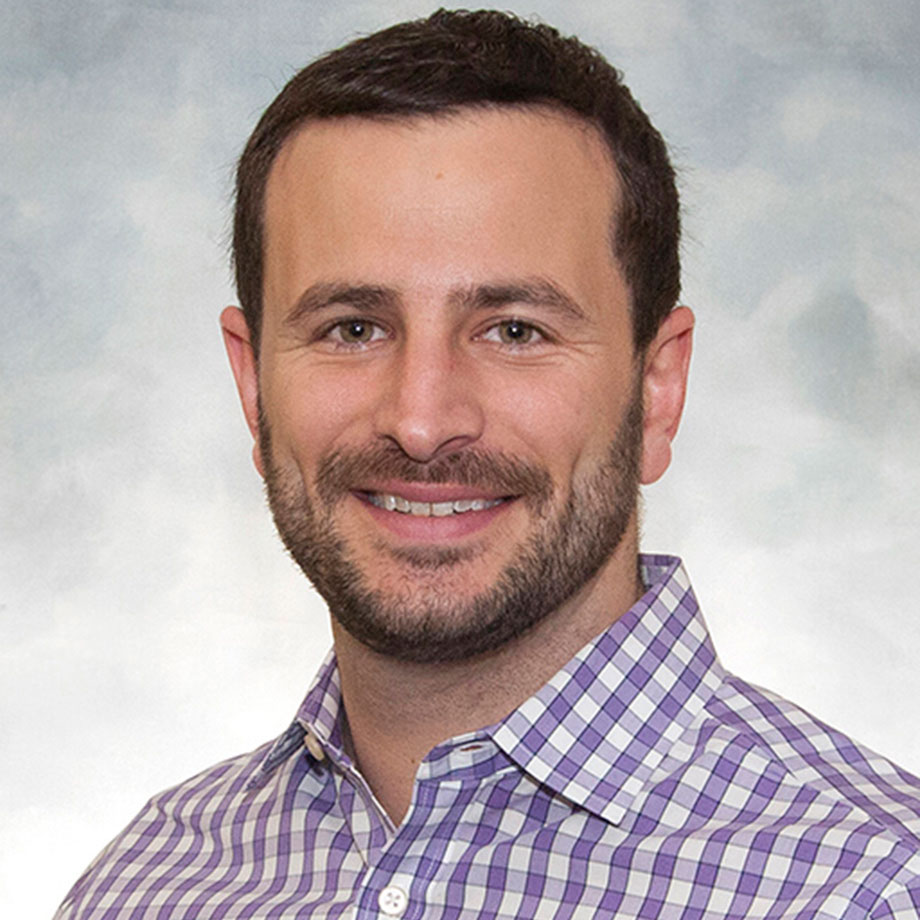 Dr. Joseph Cavallo is an assistant professor of clinical radiology in the emergency radiology section. He earned a BS in engineering science and biomedical engineering design at Tufts University in 2008 and an MD at Stony Brook Medical School in 2013. He completed the Yale School of Management Executive MBA program alongside a two-year fellowship in emergency radiology in 2020. He completed his residency training at Yale New Haven Hospital, serving as a chief resident from 2016-2018. Dr. Cavallo serves on the Contrast Committee for the American College of Radiology and the Trauma Task Force for the American Society of Emergency Radiology.

Dr. Babina Gosangi is an assistant professor of radiology, chest section. She earned an MBBS from Osmania Medical College in Telangana, India in 2005 and an MPH from West Virginia University in 2008. She completed her residency in radiology at NTR University of Health Sciences, Andhra Pradesh, India in 2016, and pursued a fellowship in body, chest and emergency radiology at Brigham and Women's Hospital. Her interests include the diagnosis and management of lung cancer, and the imaging of thoracic and abdominal emergencies.

Dr. Mounika Gunduru is an assistant professor of clinical radiology, musculoskeletal section. She earned an MBBS from NTR University of Health Sciences, Andhra Pradesh, India, in 2009. She completed a residency in diagnostic radiology at Detroit Medical Center, Wayne State University in 2019 and was a fellow in musculoskeletal imaging at Duke University in 2020. She enjoys spending time with her family, cooking, and playing with her two lovely children. An Indian classical dancer (Bharatanatyam), she looks forward to going on a world tour. 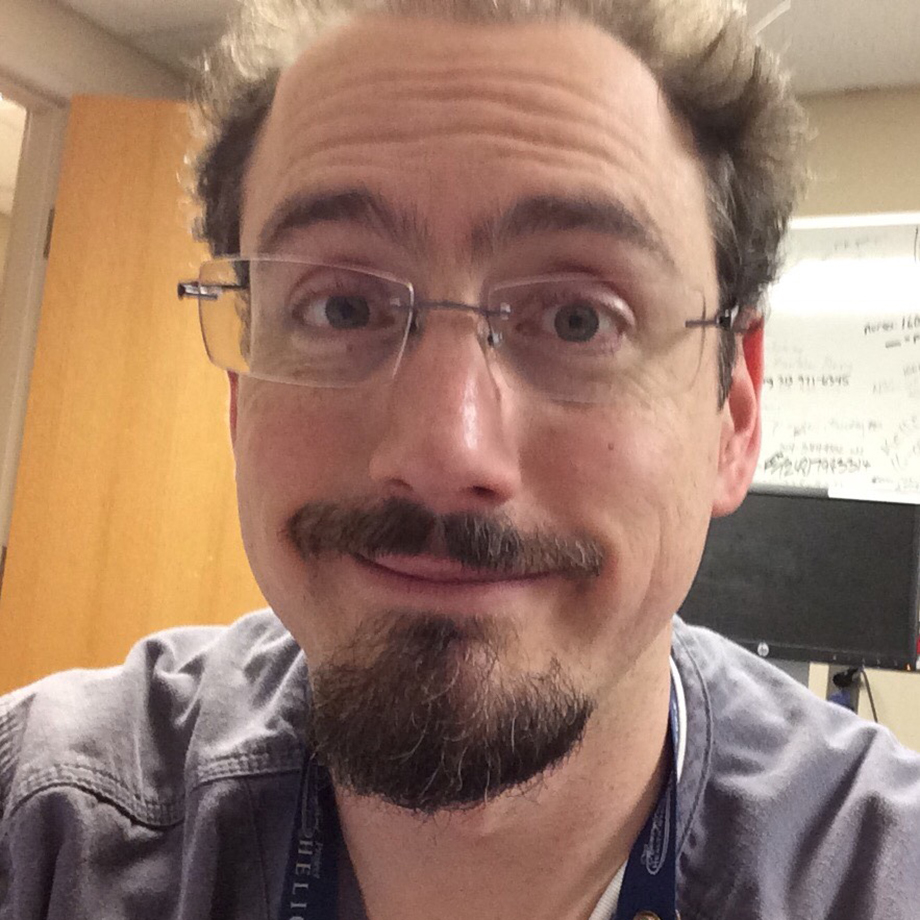 Dr. Sean Lisse is an assistant professor of radiology in the pediatric imaging section. Dr. Lisse received a BA in computer science from Rice University in 2000 and an MD from the University of Michigan Medical School in 2014. He completed his diagnostic radiology residency and neuroradiology fellowship at Yale New Haven Hospital in 2020.

Before earning his MD, Dr. Lisse held several positions as a software developer and team lead, specializing in artificial intelligence in Texas and Michigan.

Dr. Lisse lives in Woodbridge, CT with his wife, three children, and far too many cats. 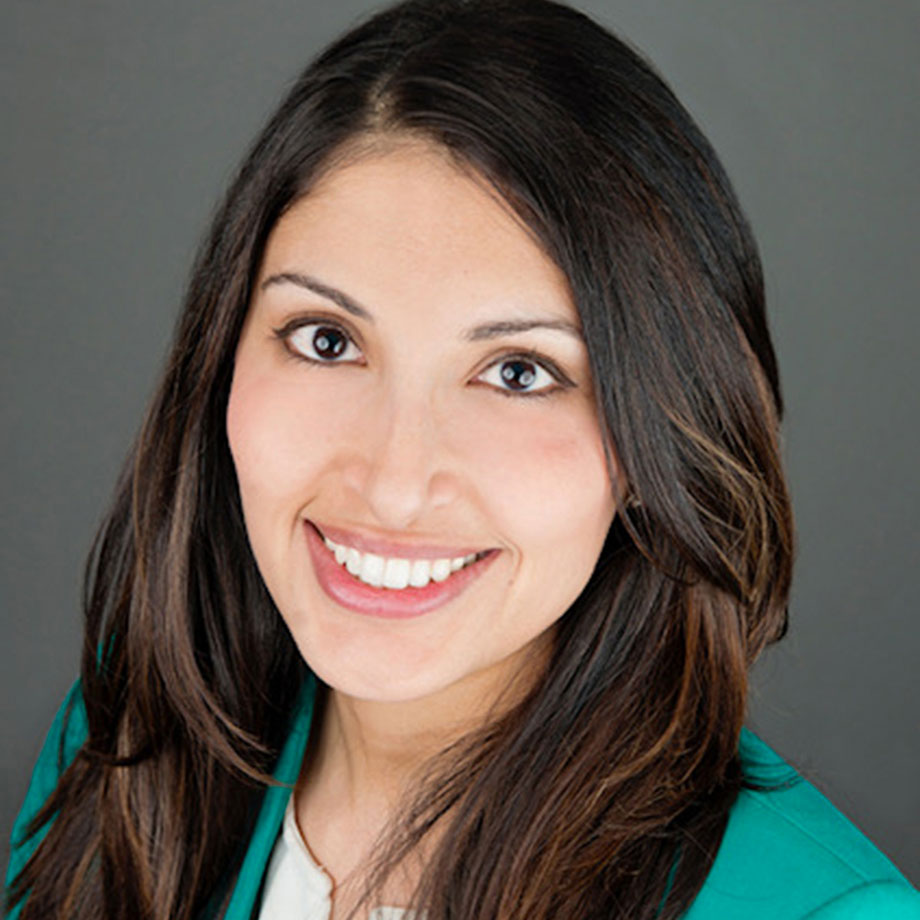 Dr. Kiran Sheikh is an assistant professor of clinical radiology in breast imaging. She earned a BA from Johns Hopkins University where she majored in neuroscience with a minor in economics, and her MD from the University of Michigan Medical School. She completed her residency in diagnostic radiology at New York-Presbyterian Hospital/Weill Cornell Medical Center and a breast and body fellowship at Memorial Sloan-Kettering Cancer Center. From 2014-2015, she worked at Jefferson Radiology in East Hartford. She had been with Advanced Radiology Consultants in Stamford since 2015. She was named Teacher of the Year, Diagnostic Radiology, at Yale New Haven Health/Bridgeport Hospital in 2017-2018. She lives in Westport with her two children and her husband, Dr. Omar Faridi, who is an ophthalmologist with Eye Physicians and Surgeons.

Dr. Dorothy Sippo is an associate professor of clinical radiology, breast imaging. She earned a BS from Stevens Institute of Technology majoring in chemical biology and minoring in literature. She graduated from New Jersey Medical School and received an MPH from Harvard School of Public Health with a concentration in clinical effectiveness. She completed her residency in diagnostic radiology in Manhattan at St. Luke's-Roosevelt Hospital and a fellowship in breast imaging and evidence-based imaging informatics at Brigham and Women's Hospital. She also was a fellow in medical education research at The Academy at Harvard Medical School and a recipient of the Association of University Radiologists GE Radiology Research Academic Fellowship (GERRAF) Award. Her GERRAF project was, "The Adoption and Impact on Performance of an Automated Outcomes Feedback Application for Tomosynthesis Screening Mammography." Her research interests include implementing informatics tools in clinical radiology and optimizing breast cancer screening performance, particularly with mammography and breast MRI. Dr. Sippo was an assistant professor of radiology at the University of Vermont and at Johns Hopkins University before joining the faculty at Harvard Medical School. In her free time Dr. Sippo quilts and her favorite sport is fencing, having fenced épée competitively in college. 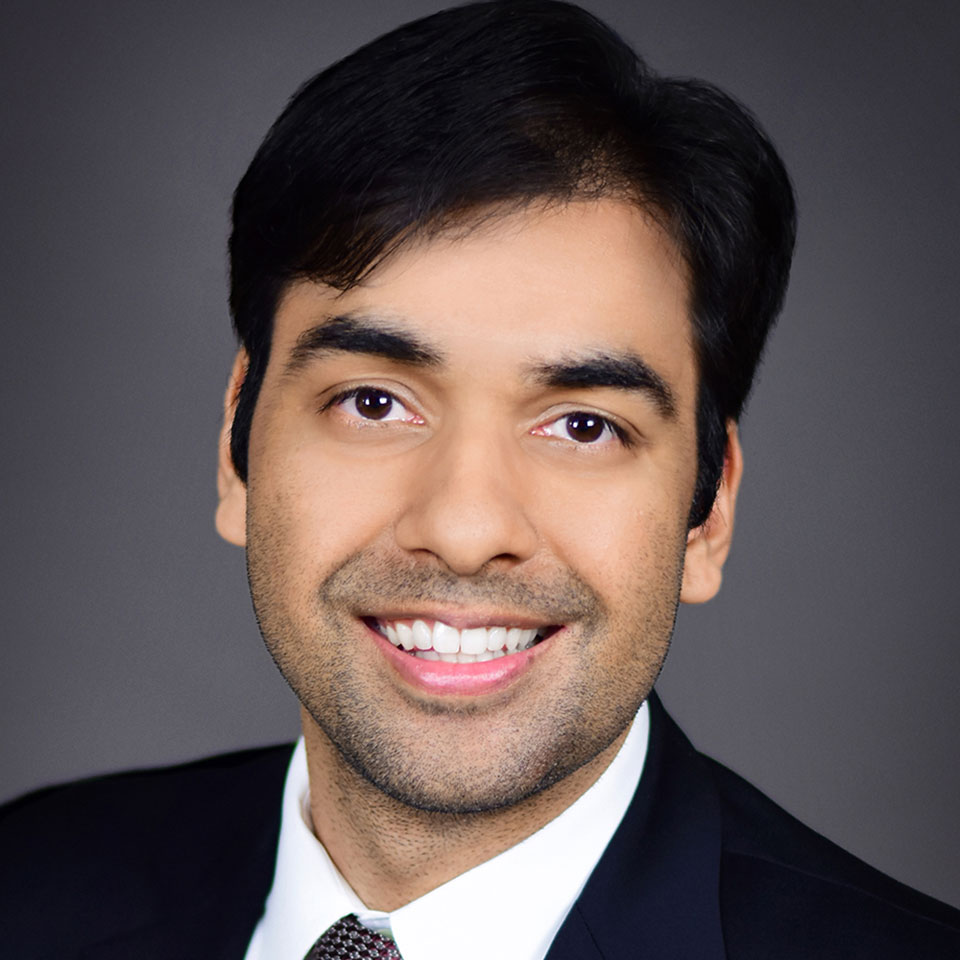 Dr. Ross Varma is an assistant professor, breast imaging. He earned a BA in psychology from Washington University in 2008, an MS in biology from Towson University in 2010, and an MD from Eastern Virginia Medical School in 2014. He completed his internship in internal medicine at St. Mary's Hospital in Waterbury, a residency in diagnostic radiology at Mount Sinai West, Icahn School of Medicine in 2019, and a fellowship in breast imaging at Moffitt Cancer Center in Tampa, Florida, in 2020. Dr. Varma plans to begin the Yale School of Management Executive MBA program in July 2021. His research interests include radiology and health care operations, physician well-being, and graduate medical education. He lives with his wife Tania and rescue dog Teddy. He enjoys playing tennis in his free time.