If you feared that colleagues at Guantanamo Bay might use your psychiatric care notes against your inmate patients, what would you do? After a natural disaster ravaged your hospital’s resources and you overheard colleagues deciding who should live or die, would you speak up?

Sheri Fink, M.D., Ph.D., a Stanford University-trained physician, nonfiction author, and Pulitzer Prize-winning correspondent for The New York Times, described these scenarios based on interviews and research on the military prison in Cuba and the aftermath of Hurricane Katrina in New Orleans in 2005.

As keynote speaker at the 17th annual Power Day on May 12 in Harkness Auditorium, Fink said, “We can feel powerless when we are in structures that we don't fully control.” She referred to physical structures, like hospitals without clear evacuation plans, and to institutional organizations, like the military or medical field, with deeply entrenched hierarchies. “One thing to take away today—you do have a lot of power.” 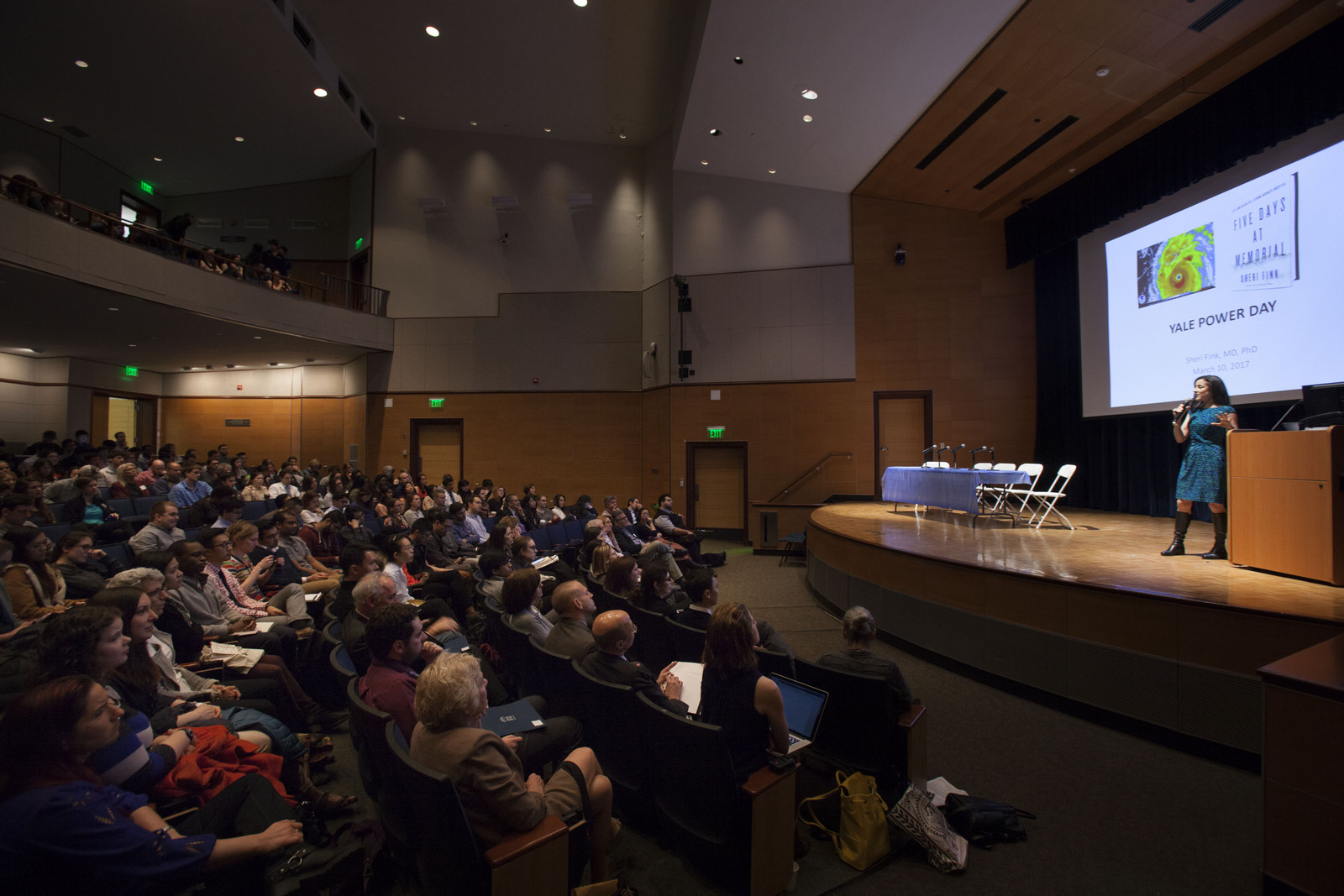 Much of her talk described the moral dilemmas health professionals faced at Memorial Medical Center in New Orleans before and after Hurricane Katrina. Her 2013 award-winning book, Five Days at Memorial, reconstructs each day, sometimes minute-by-minute, of the tragedy. Nurses and doctors weathered the hurricane, only to face a larger crisis as the city’s levees broke and the city was flooded. Memorial’s backup generators, located in the hospital basement, eventually quit, leaving medical equipment, including life-saving ventilators, without power. Helicopter and boat evacuations faltered. Hospital staff—sleep-deprived, overworked, and exhausted—moved fragile patients up and down stairways, and passed them through a tunnel in a wall for access to the hospital’s helipad. Without running water, basic tasks like helping patients relieve themselves turned into laborious undertakings.

These concerns related to a primary theme in Fink’s book and in the Power Day keynote and panel discussion that followed: How can doctors and nurses ensure they provide care for patients when structures of command and order break down amid chaotic communications and severely limited resources? 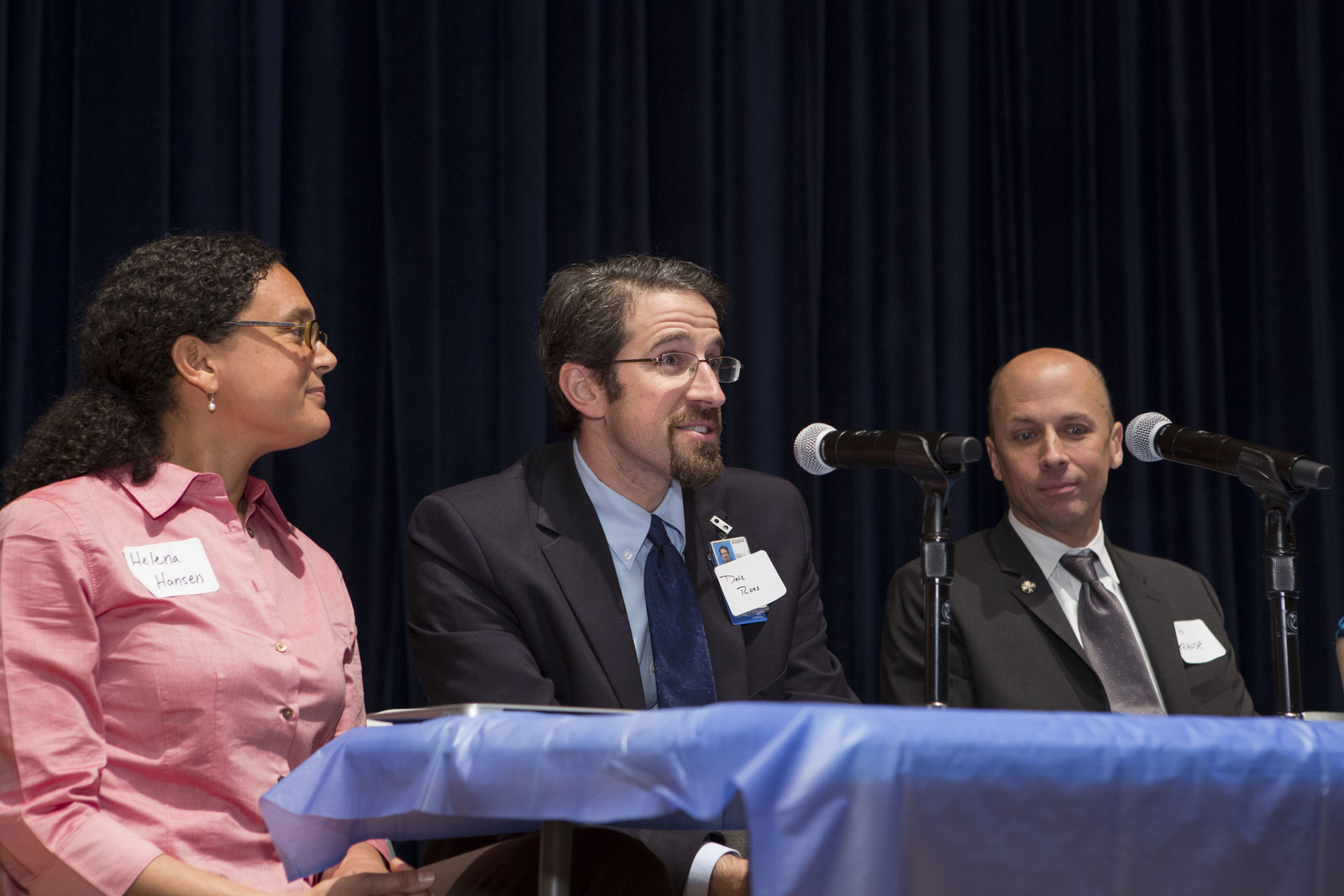 At Memorial, health workers decided that the sickest patients—including those with Do-Not-Resuscitate (DNR) orders—were those with the “least to lose” and should be evacuated last. A study published years later by the National Academy of Medicine concluded that using DNR orders “as a proxy for triage choice is not a good idea,” Fink said, adding that, in general, “it’s hard enough to get people to think about end-of-life issues, and if patients do not trust how DNR will be used, they might not choose it.”

In her talk, Fink highlighted the plight of Emmett Everett, a 380-lb patient who, on the morning of September 1, asked nurses if they were “ready to rock and roll” and begin his evacuation. By that evening, Everett and at least 16 other patients were dead, their bodies filled with high levels of morphine or the sedative midazolam—in some cases, both—according to toxicology reports and interviews Fink conducted with hospital staff. With some patients—but not Everett—near death, a decision was made to inject the patients. Some doctors and nurses followed orders. At least one doctor spoke up, outraged that his colleagues would knowingly violate the Hippocratic oath. Were the staff powerless to make another choice? No, Fink told the medical and nursing students. “I urge you throughout your careers to be aware and alive to the fact if something is uncomfortable,” she said.

In the panel discussion that followed, Helena Hansen, M.D./Ph.D. ’05, an assistant professor of psychiatry and cultural anthropology at NYU Langone Medical Center/New York University, told the audience, “Here’s the rub. We don’t have to wait for future tests. We are already living the disaster.” The disaster? The U.S. health care system writ large, Hansen said. Studies have shown that the United States spends more on health care per capita than any country in the world, with worse overall health outcomes. The United States also has the largest inequality of care based on class, race, and ethnicity, Hansen said. 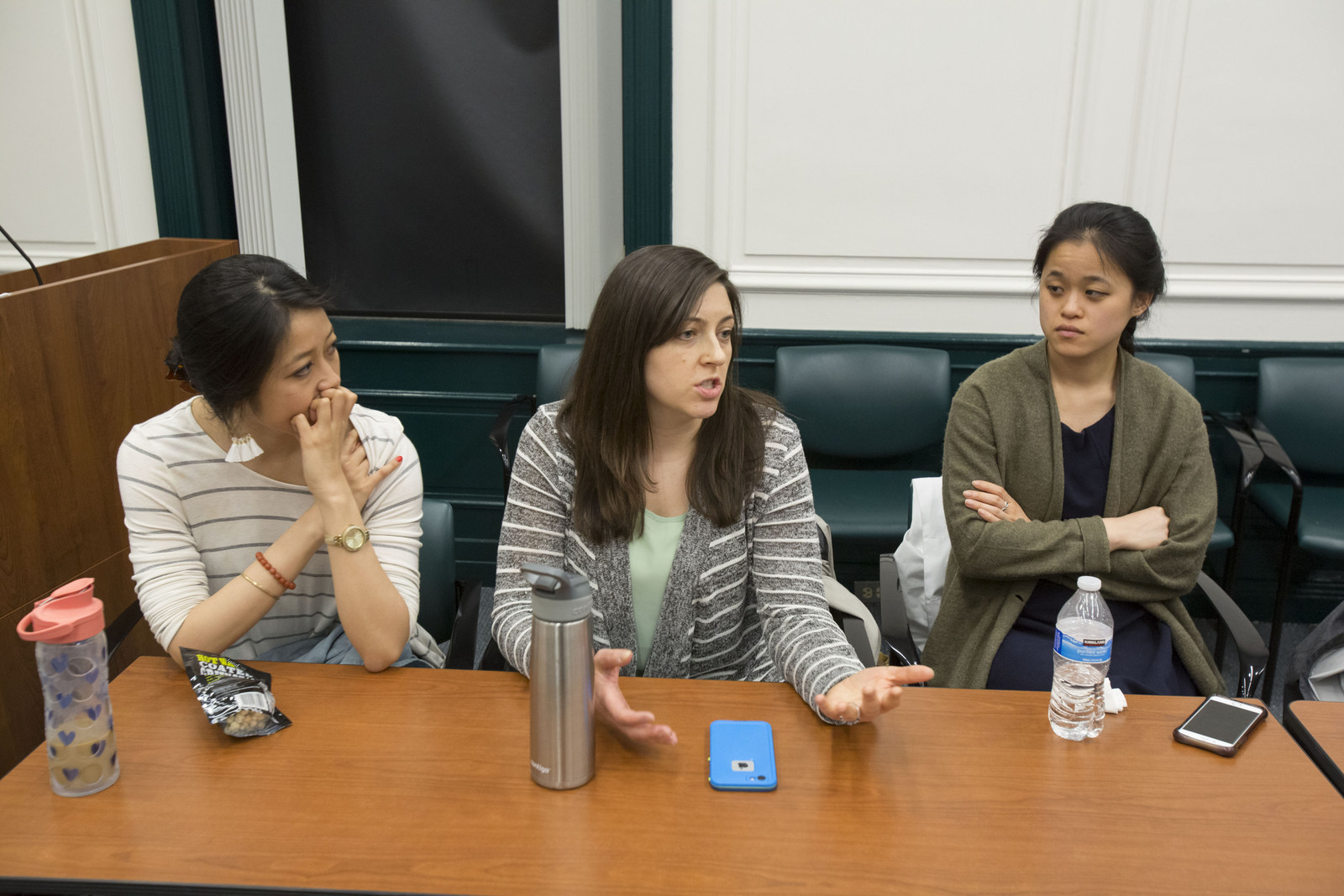 “I’ve seen patients discharged early from treatment due to insurance mandates only to end up at the morgue after overdosing,” Hansen said, giving an example from her psychiatry practice. She also pointed to record levels of physician burnout and doctors leaving the profession. “Our health care system could be otherwise and you can make it otherwise. You have social and symbolic capital in a culture that still listens to clinicians on health care issues.” She encouraged nursing and medical students to become activists for their patients’ rights.

Panelist David Ross, Ph.D. ’04, M.D. ’05, associate professor of psychiatry, reminded students that in crisis situations, “our brains crave simple explanations for complex things.” After Katrina, a Memorial doctor and two nurses were arrested in connection with the patient deaths. But the arrest of several individuals didn’t address enormous gaps in disaster preparedness at local, regional, state, and federal levels, Ross said. Part of the reason the military relentlessly drills soldiers, he said, is because the brain’s prefrontal cortex—used for decision-making—shuts down under extreme stress. Soldiers have to react automatically. Health care leadership should both strive to prevent placing clinicians in such precarious situations, and help to ensure that moral and ethical decisions need not be made in the spur of the moment by doctors and nurses.

The third panelist, Robert Krause, M.S.N. ’98, a lecturer at the School of Nursing, gave philosophical grounding for choices that health professionals will face. “When we are asked to do something unethical, it is our duty to stand up and say we will not do it,” said Krause, who is also a veteran. “You cannot say later, ‘I was just following orders.’”

Panel moderator Mark Mercurio, M.D., professor of pediatrics and director of the program for biomedical ethics, told a well-known story of two friends standing on a river bank. They spot a person drowning and swim out to save that person. Another comes along, who they save, then another. “As drowning people continue to appear, one of the friends starts to walk away,” Mercurio said. “His companion asks, ‘Where are you going? These people are drowning!’ The friend responds, ‘I’m going upstream to see why they keep falling in. Maybe someone’s throwing them in. Or maybe the bridge needs to be fixed.’” This story, Mercurio said, related to the overall Power Day theme of flawed structures that need to be fixed. “One friend stays to help the drowning, and the other goes to address the underlying cause.”

Originally conceived as an opportunity for nurses and doctors to examine the power in relationships between doctors and nurses and their patients, the event’s focus has expanded more recently to examining power structures in which physicians and nurses operate. “Political, economic, social, cultural, and physical structures are decided, and then those structures affect medical care,” Angoff said. She encouraged students to think about how power shapes structure and to examine how they can address these issues in the future. “Because you will encounter these situations—maybe even on Monday,” she said.

This award goes to residents who have been chosen by medical students for modeling the responsible, positive, and beneficial use of power in health care relationships.

This award goes to graduate nursing students who model the responsible, positive, and beneficial use of power in health care relationships chosen by first-year specialty nursing students.