The Yale Medicine Distinguished Clinical Career Award was created this year to recognize and honor the careers of physicians marked by significant accomplishments, exemplary dedication, and important contributions in advancing Yale Medicine, the overall medical profession, and the community.

There are five inaugural recipients:

Jean L. Bolognia, MD, is professor of dermatology and serves as the vice chair for clinical affairs for the Department of Dermatology. She received her MD from Yale School of Medicine and completed her residency at Yale New Haven Hospital (YNHH), followed by a post-doctoral fellowship at Yale School of Medicine. She has served as president of the Medical Dermatology Society, the Women’s Dermatologic Society, and the American Dermatological Association, in addition to serving as vice president of the Society of Investigative Dermatology, the American Board of Dermatology, and the International Society of Dermatology. She has also been elected to serve on the Board of Directors of the American Academy of Dermatology and the International League of Dermatological Societies where she served as secretary-general. Bolognia is the senior editor of the comprehensive textbook Dermatology, which is now in its fourth edition, and Dermatology Essentials, which is now in its second edition. These two textbooks have been translated into eight languages. She has delivered over 60 named lectureships and is an honorary member of 15 national and international dermatologic organizations. Her previous awards include the Gold Medal from the American Academy of Dermatology, the Legacy Award from the Women’s Dermatologic Society, the Lifetime Career Educator Award from the Dermatology Foundation, and the Lifetime Achievement Award from the Medical Dermatology Society. However, where Bolognia is at her best is the attentive and personalized way that she cares for her own patients, who commonly travel to New Haven from far distances, due to a personal or family history of melanoma or atypical nevi. In the words of her peers: “Dr. Bolognia is known to be uniquely insightful in how she contributes diagnostic pearls of wisdom at the Dermatology weekly departmental patient-centered Grand Rounds, or in the way she instills all of the right skills and professionalism in dermatology residency and student trainees, or in the caring way she leads the departmental Faculty Mentorship Committee. So, the most accurate depiction of Dr. Bolognia is simply as a Yale Treasure.” 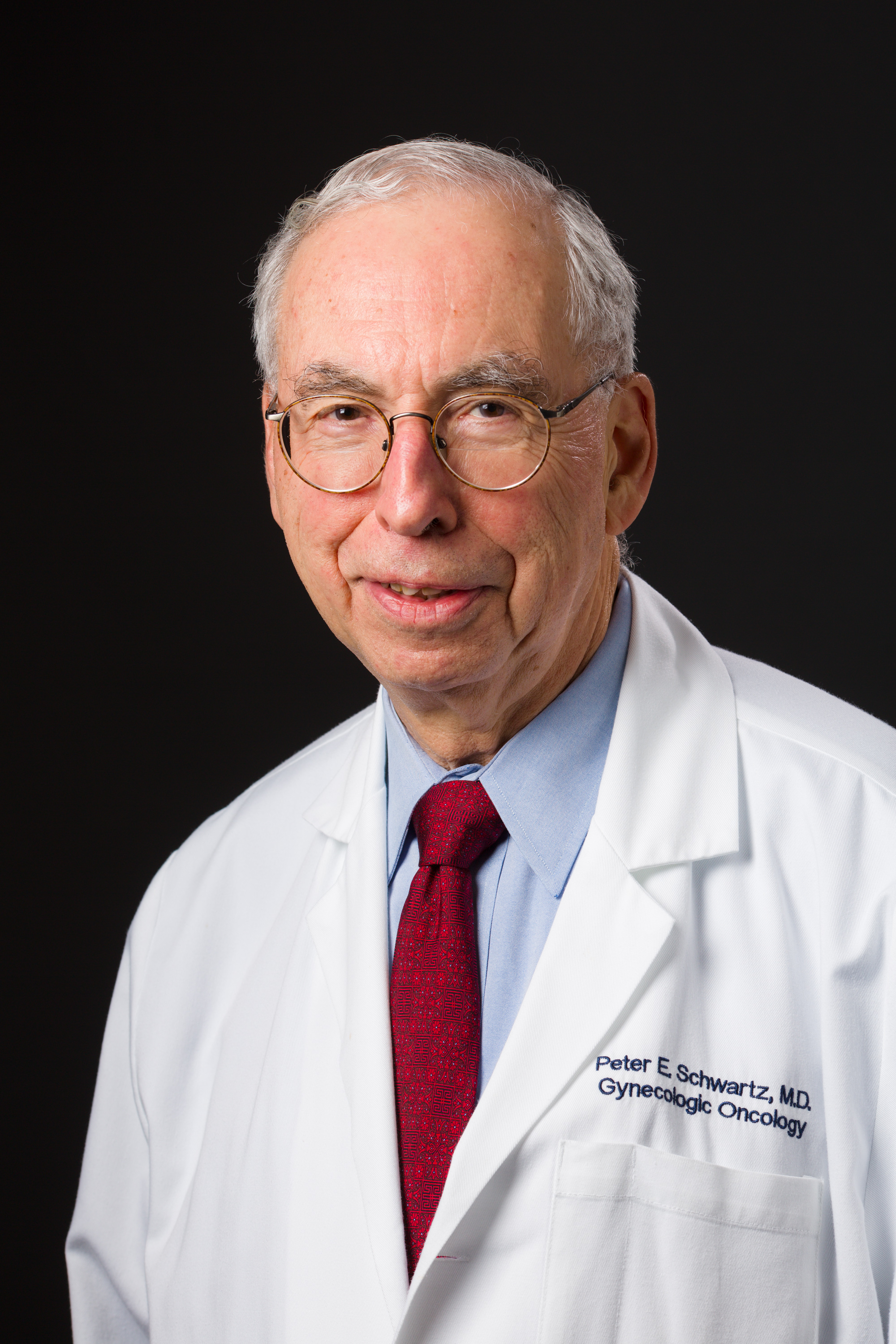 Peter E. Schwartz, MD, is the John Slade Ely Professor of Obstetrics, Gynecology, and Reproductive Sciences and serves as the vice chair for Gynecology in the Department of Obstetrics, Gynecology & Reproductive Sciences. He received his MD from Albert Einstein College of Medicine of Yeshiva University. He completed residency at Yale New Haven Hospital in Obstetrics, Gynecology, and Reproductive Sciences and followed with a fellowship in gynecologic oncology at the University of Texas, MD Anderson Hospital and Tumor Institute. Schwartz has been a member of the Yale Cancer Center since he joined the Yale School of Medicine faculty in 1975. He was the first director of the Division of Gynecologic Oncology, which he formed in 1978, and the first director of the Gynecologic Oncology Fellowship Training Program, which was approved by the American Board of Obstetrics and Gynecology, Division of Gynecologic Oncology, in 1980. Schwartz has served as president of the New Haven Obstetrical Society, the New England Association of Gynecologic Oncologists, the Felix Rutledge Society, and the Society for Gynecologic Oncology. Schwartz is a member of the editorial boards of several professional journals, has served on numerous department and Yale Cancer Center committees and currently serves as a member of the Oncology Patient Safety and Quality Council and the Smilow Leadership Council. His research has focused on gynecologic cancers and their treatment. He is recognized as an international expert on the management of the rare germ cell malignancies, as well as introducing neoadjuvant chemotherapy into the treatment of the common advanced stage epithelial ovarian cancers which now has been accepted as a standard treatment by the National Comprehensive Cancer Network for the United States. He performed the first prospective randomized trial incorporating hormonal therapy with conventional platinum-based chemotherapy based on laboratory research at Yale identifying estrogen receptor proteins in epithelial ovarian cancers. He reported the first series of gynecologic cancer patients to have massive hemorrhage controlled by selective arteriography and transcatheter embolization, coil placement, or balloon catheter placement and subsequently showed these techniques could also be employed to control massive postpartum hemorrhage. His clinical studies on the management of uterine serous cancer established a very successful standard therapy for early stage disease, which previously had been associated with an extremely poor prognosis. He has had a strong interest in the early detection of ovarian cancer and established the Yale Early Detection Program for Ovarian Cancer in 1990, one of the first such programs in the United States. 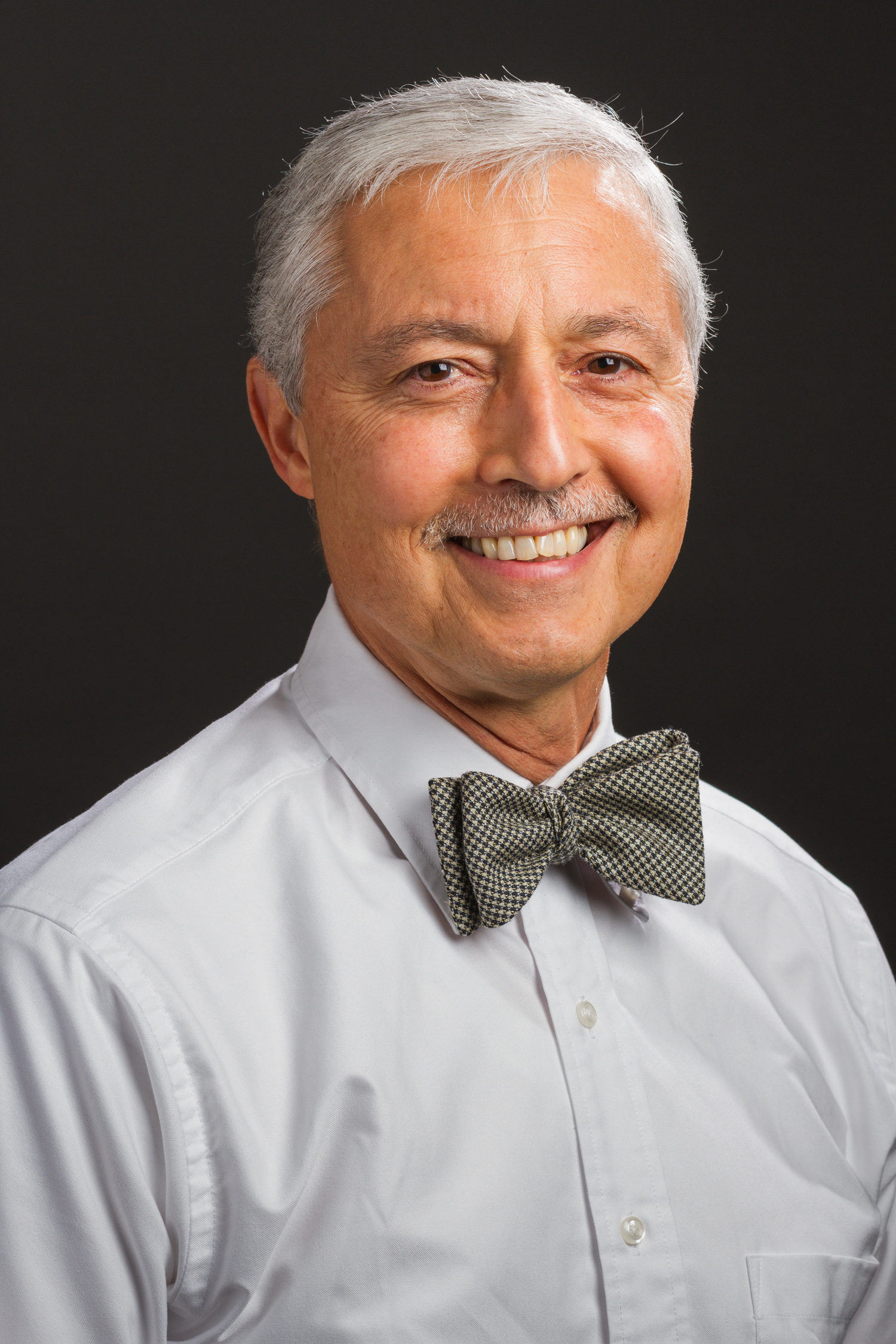 Karl L. Insogna, MD, is Ensign Professor of Medicine (Endocrinology) and serves as the director of the Yale Bone Center. He received his MD from the University of Connecticut School of Medicine, completed residency in internal medicine at the University of Rochester – Strong Memorial Hospital, where he served as chief medical resident, and followed with a fellowship in endocrinology at Yale. Insogna has been a member of the Yale School of Medicine faculty since 1984. He is an internationally recognized expert in the field of metabolic bone disease. Insogna developed and has led the Yale Bone Center since 1987, building a team of clinicians with a focus on serving both the local and regional communities in the bone health field. His clinical acumen is so highly respected that he is usually the first person consulted when a complicated bone issue arises among colleagues on the medical school faculty and hospital leadership. He has been the “go-to” referral physician for many with complicated metabolic disorders affecting the skeleton throughout the Northeast region, and he provides consultation advice to specialty physicians throughout the country. He was awarded the Rare (Diseases) Champion of Hope Medical Caregiver Award by the Global Genes Alliance in 2014 for his internationally recognized role in caring for individuals with Familial X-linked Hypophosphatemia. He has fostered the development of ancillary services to support clinicians in bone specialty as well. His oversight has ensured that vitamin D testing and bone density determinations are highly integrated with clinical practice. A reflection of his commitment to our underserved patients is his successful effort to establish the Raymond P. Wong Award. Through the generosity of YNNH, the Yale Medicine Board and the Department of Internal Medicine, this award provides three years of financial support to a graduate of the medicine, primary care medicine or medicine/pediatric training programs who agrees to practice in an underserved area in New Haven for at least three years. He has published widely in leading scientific journals, is quoted often in the lay press, and has frequently appeared on radio and television. He is a fellow of the American Association for the Advancement of Science and the American College of Physicians. He serves on the Board of Trustees of the National Osteoporosis Foundation and was a member of the National Institutes of Health Consensus Conference, which established new recommendations for the optimal level of calcium intake for all Americans, now adopted nationwide. He is a leading researcher in the causes of bone loss in such diseases as osteoporosis and primary hyperparathyroidism, and is currently conducting studies in, among other areas, the role of diet in the development of osteoporosis. 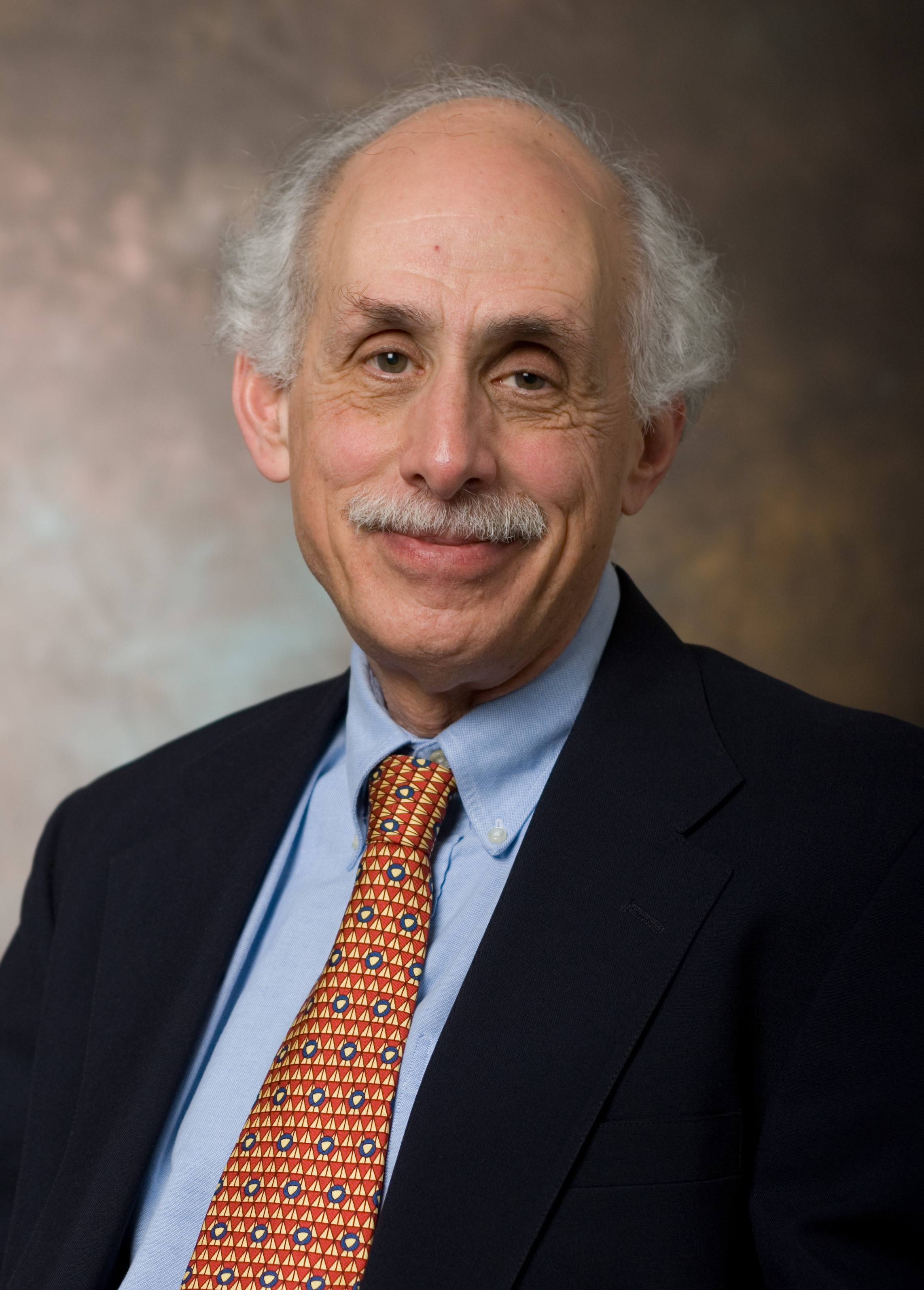 Robert A. King, MD, is professor in the Child Study Center and serves as the medical director for the Tourette’s/OCD Clinic at Yale Child Study Center. He received his MD from Harvard Medical School, interned in pediatrics at Harvard Children’s Hospital Medical Center, and completed residency in psychiatry at Harvard Massachusetts Mental Health Center. He completed fellowships in child psychiatry at Harvard Children’s Hospital Medical Center and at George Washington Children's Hospital National Medical Center. King is also certified in child and adult psychoanalysis from the Washington Psychoanalytic Institute. King has been a member of the Yale School of Medicine faculty since 1988. In that time, his work has centered on the clinical aspects of adolescent psychopathology and the diagnosis and treatment of complex neuropsychiatric disorders such as Tourette’s syndrome, OCD, and related disorders. King has served for 25 years as the medical director of the Yale Child Study Center’s Tourette’s/OCD Clinic, evaluating and treating youngsters with those disorders and training psychiatry, psychology, and pediatric fellows and medical students in their care. He has also served as the child psychiatry consultant for pediatrics in the Yale New Haven Children’s Hospital. King has established a reputation as a master clinician for complex child mental health and behavioral problems. He is also widely recognized for his ability to work with complex medical presentations with mental health problems. He is widely sought after for diagnostic evaluations of complex presentations and for providing second and third opinions in these situations. In addition, as clinical director of several large NIHM/NINDS research projects and international collaborations, King has overseen the recruitment, diagnostic, and phenotyping procedures for genetic and neurobiological research in these conditions. His clinical teaching has included courses in developmental psychopathology in the Yale College and the pre-clinical Yale School of Medicine curricula, as well as the Western New England Psychoanalytic Institute. Over several editions, King is the senior author of clinical assessment chapters of the principal comprehensive psychiatric textbook [Saddock & Kaplan] and two of the comprehensive child/adolescent psychiatric textbooks [Lewis; Wiener and Dulcan]. As part of the American Academy of Child and Adolescent Psychiatry’s Work Group on Quality Issues, he was the principal author of the Academy’s Practice Parameters on the Psychiatric Assessment of Children and Adolescents and a co-author of the Practice Parameters on Anxiety Disorders and OCD. 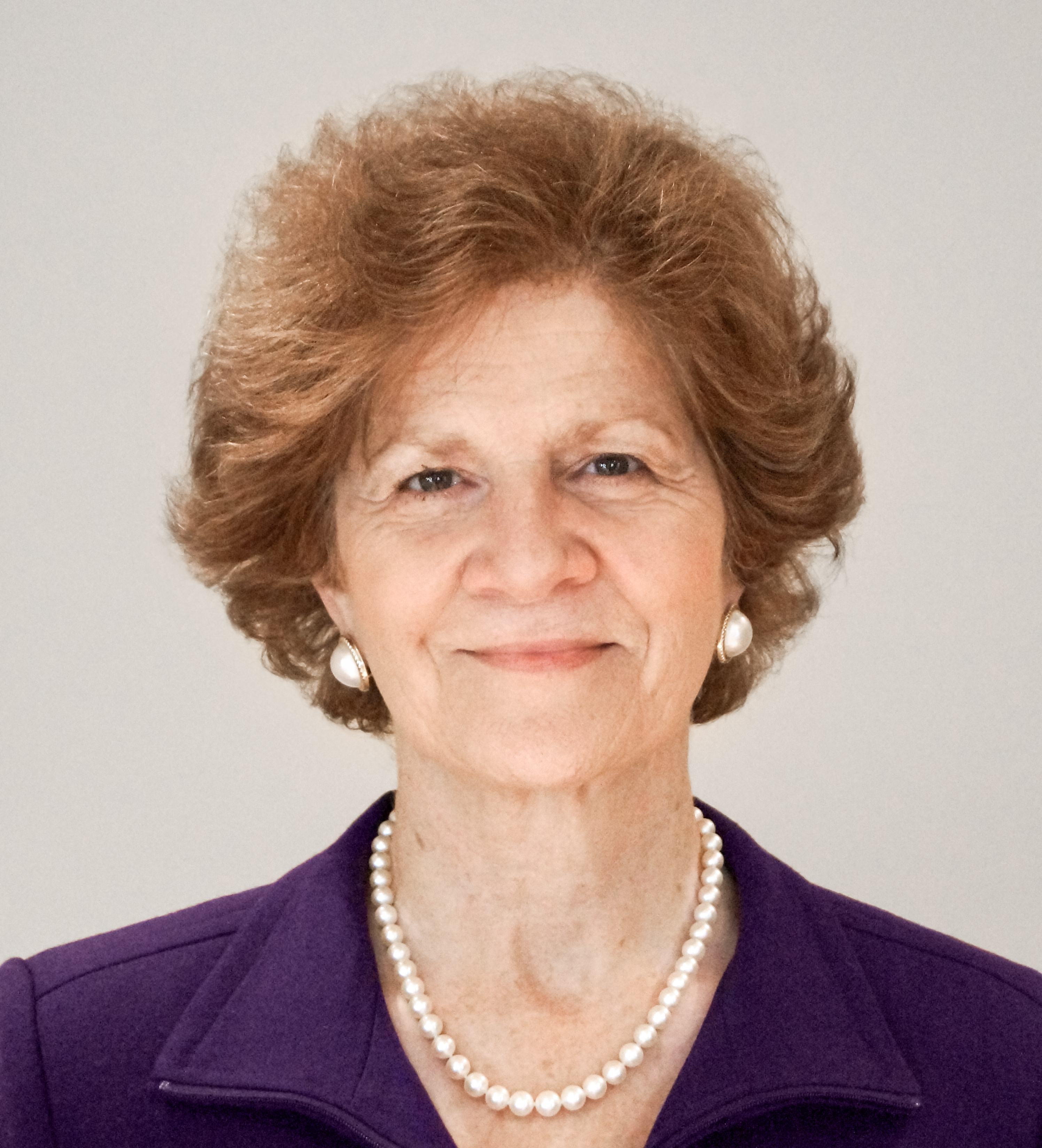 Marie-Louise Landry, MD, is professor of laboratory medicine and of medicine (infectious diseases). She serves as the director of the Clinical Virology Laboratory and vice-chair for the Department of Laboratory Medicine. She received her MD from Georgetown University School of Medicine, completed residency in internal medicine at Yale New Haven Hospital, and completed fellowships in infectious diseases and clinical virology (laboratory medicine) at Yale. She is board certified in Internal Medicine and Infectious Diseases. She has focused her career on the field of diagnostic virology with an emphasis on the rapid detection and quantitation of viruses for clinical diagnosis and the impact of new test methods on patient management. Landry has been a member of the Yale School of Medicine faculty since 1983. Under G.D. Edith Hsiung, PhD, she helped establish the National Virology Reference Laboratory at VA Connecticut, and subsequently established the Clinical Virology Laboratory within the Department of Laboratory Medicine at Yale New Haven Hospital, one of the premier virology laboratories in the U.S. Her all-encompassing patient focus and internationally recognized clinical acumen in diagnostic virology make her the premier “consultant’s consultant”. These skills, along with the remarkable clinical laboratory she leads, benefit tens of thousands of Yale Medicine patients each year. She is also a much-lauded medical educator helping to form the next generation of physicians. Indeed, she is the only two-time winner of the Bohmfalk Award for basic science teaching for medical students. As a scholar, Landry’s publication list of over 190 publications mirrors the development of diagnostic virology over the past four decades, with a special emphasis on rapid methods to provide viral diagnosis in a clinically meaningful time frame. She has been the virology area editor for the premier clinical microbiology textbook, Manual of Clinical Microbiology, from the American Society for Microbiology for the past four editions, and serves as an editor for both the Journal of Clinical Microbiology and Clinical Microbiology Reviews. She has served as president of the Pan American Society for Clinical Virology, the major professional organization for the field.