Two of Yale’s stem cell faculty— Haifan Lin, PhD, and Valentina Greco, PhD— are serving in the highest ranks of the International Society for Stem Cell Research (ISSCR). ISSCR is a global organization with more than 4,400 members from 70 countries. Formed in 2002, it promotes global collaboration among the world’s most talented and committed stem cell scientists and physicians, and plays a catalyzing role in the development of effective new medical treatments. 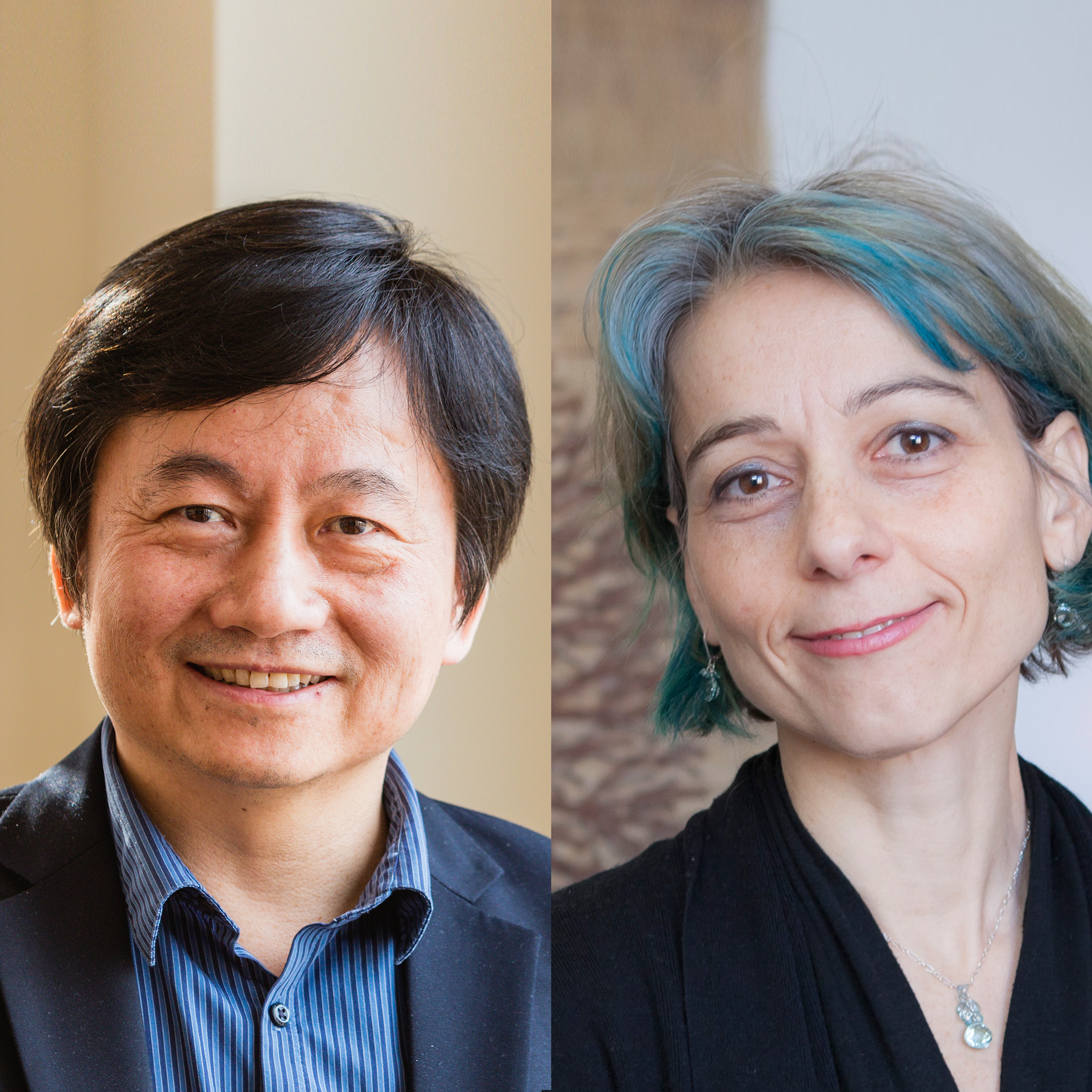 Lin, Eugene Higgins Professor of Cell Biology and founding director of Yale Stem Cell Center, is the 2022 president of ISSCR. Greco, Carolyn Walch Slayman Professor of Genetics and member of the Yale Stem Cell Center, is now vice president and will be the 2024 president of the ISSCR. These offices are part of a four-year leadership cycle that allows scientists in these ISSCR positions to have an impact on the society for substantial periods of time.

Looking toward the year ahead, Lin said, “In a time challenged by the persisting pandemic as well as by polarizing geopolitical forces and a devastating war, there is more need and more urgency for ISSCR to serve as a haven for stem cell researchers from all over the world to work together synergistically for the benefit of all mankind, regardless of race, color, religion, gender, and national origin.“ He pledged “to work closely with members, the board, and the staff to actively expend our global engagement in both academia and industry during my presidency.”

He is a discoverer of PIWI-interacting RNAs (piRNAs), a discovery hailed by the Science magazine as one of the 10 Scientific Breakthroughs in 2006. Recently, he proposed and demonstrated the crucial roles of the Piwi-piRNA pathway in epigenetic programming and in post-transcriptional regulation of mRNA and lncRNA.

As ISSCR vice president, Greco hopes to advance the transformative work already being done in the stem cell field while also helping the society scrutinize the processes that both consciously and unconsciously contribute to an inequitable system. “The pandemic has unmasked an underlying structure in which resources are not distributed fairly,” says Greco.

A major part of that disparity, she says, stems from inequities in the scientific community. Women, other underrepresented groups, and people from less prestigious educational backgrounds are too often ignored, hurting both them and advances in science and health to which they might contribute. “As we move forward together,” Greco says, “continued innovation in regenerative biology will depend on our ability to support the creativity and talent of all ISSCR community across all these group memberships. This requires us to rethink our current systems and structures: What voices are we not hearing and/or excluding? What metrics are we using to celebrate and nourish our community? What costs are we tolerating that contribute to loss of talented colleagues?”

At Yale, Greco studies how different types of cells come together and communicate to support tissue function. Her lab has transformed the understanding of organ regeneration. New concepts established by her group include that the niche regulates stem cell fate and number, stem cells are responsive to environmental demands, differentiation drives stem cell self-renewal, and homeostatic correction fights off the emergence of disease in the mammalian skin.

Her many honors have included an ISSCR Momentum Award, a Mid-career Investigator Award from the Federation of American Societies for Experimental Biology, a National Institutes of Health Director’s Pioneer Award, a Howard Hughes Medical Institute Faculty Scholar Award, a Yale Postdoctoral Mentoring Award, and a Yale Graduate Mentor Ward in the Natural Sciences. While she is ISSCR’s vice president, Greco is also serving as the 2022 president of the Society for Investigative Dermatology.