Woong Hwang, a fifth-year MD-PhD student at Yale School of Medicine (YSM), is one of 30 newly-announced recipients of the Paul & Daisy Soros Fellowships for New Americans, seven of whom are Yale-affiliated. All fellows are children of immigrants to the United States, Deferred Action for Childhood Arrival recipients, green card holders, or naturalized citizens, who are pursuing graduate school in the U.S.

Hwang, whose family moved from Seoul, South Korea to Bellevue, Washington in 2004 when he was 15 years old, says “when I found out I was selected, I felt like all my struggles as an immigrant were not forgotten, but recognized. In addition, I was reminded of my mother’s inspirational and life-changing commitment to our family and of the valuable relationships that have shaped who I am today.”

Hwang’s family left South Korea because the country’s economic collapse had a significant financial and emotional toll on them, including Hwang’s father being unexpectedly laid-off as a chemical engineer. His mother viewed the situation as an opportunity to become a nurse in the U.S., even though this would require passing English proficiency exams and acquiring a U.S.-RN license. “With her strong conviction that one can achieve anything with hard work and determination, my mother quit her job and dedicated three years to preparing for the exams.” Hwang’s mother ultimately received sponsorship for her green card from a nursing home and permanent residency for their family. Today she is a charge nurse in a county hospital. “My mother is my true inspiration; she is a living example of the American Dream,” Hwang says.

Founded by Hungarian immigrants Daisy Soros and her late husband Paul Soros, the mission of the Paul & Daisy Soros Fellowship “is to provide opportunities for continuing generations of able and accomplished New Americans to achieve leadership in their chosen fields and to partake of the American dream.” This year’s Fellows were selected from a pool of 1,767 applicants for their potential to make significant contributions to U.S. society, culture, or their academic fields, and for their commitment to the country’s fundamental principles and ideals. The selection criteria emphasize creativity, originality, initiative, and sustained accomplishment.

Shortly before Hwang started college at the University of Rochester, his grandfather, with whom he was very close, was diagnosed with Alzheimer’s disease (AD). Hwang was heartbroken knowing that his grandfather no longer recognized him. “I witnessed how AD permeated every aspect of my grandparents’ lives and I felt frustrated with the lack of a cure,” he says. This spurred Hwang to explore scientific research, a field no one else in his family had pursued.

After taking a basic neurobiology course his first year of college, Hwang joined a research lab that investigates the molecular mechanisms of neurodegeneration, directed by Gail VW Johnson, PhD, professor in the Department of Anesthesiology at the University of Rochester. Hwang describes how this research experience significantly increased his desire to pursue a research-oriented career. “Participating in research helps me better understand what I learn in the classroom because I get to experience discovery first hand,” he says. “A repetitive failure of experiments may come as a discouragement, but gives researchers discipline, and through perseverance we eventually discover the answers. This knowledge can have direct implications for clinical care.”

Johnson, who has stayed in touch with Hwang since he graduated, says “Woong has a gift and a desire to do research which is clearly evident. I am truly amazed by his talents, drive, and intellect. Everyone enjoyed having him in the lab. He learned quickly, was grateful for the help he received, and his energy and enthusiasm were contagious. I have run a research lab for more than 25 years and have had many undergraduates work in my lab, and without a doubt, Woong was and still is number one by far. He is one of those rare individuals who is both brilliant and humble.”

Hwang searched for a full-time research associate position after college and spent the next two years in the lab of Randall Peterson, PhD, at Harvard University, where he had the opportunity to work closely with world-renowned scientists in genome engineering technology, and to conduct independent research on genomic editing tool development. His work demonstrated for the first time that the bacterial immune system called CRISPR/Cas9 can be utilized to modify any gene of interest in a living organism.

Peterson describes how “although he was only a technician in my lab full of postdocs at Massachusetts General Hospital, Woong stood out for his hard work and technical skill. As a result, Woong took the lead on our effort to modify the zebrafish genome using CRISPR. Woong worked incredibly hard and ended up being first author of the paper reporting the first use of CRISPR to modify the genome of any animal. It was an impressive achievement and Woong’s paper has been cited more than 2000 times. I’m really proud of Woong for overcoming significant personal obstacles and making such an important contribution to our research team and to science.” 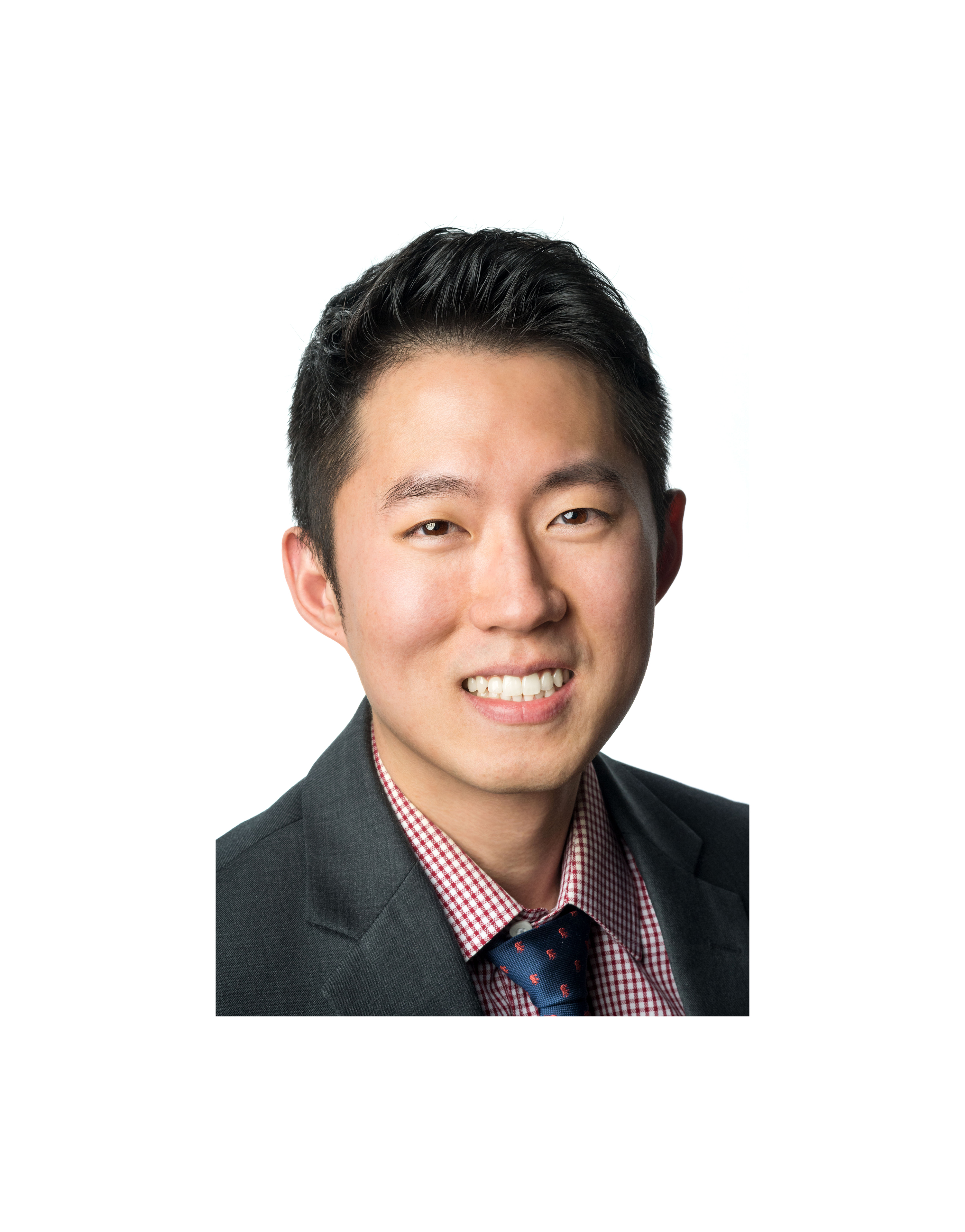 Hwang left the Peterson lab for Yale’s MD-PhD program. He was drawn to Yale in part because of the medical school’s unique teaching philosophy, the Yale System, which he finds “encourages students to work together to maximize their content learning,” a stark contrast from the teaching approach Hwang had experienced in South Korea based on a competitive, lecture-style format in which students memorize content to demonstrate their proficiency. Hwang also was attracted to Yale because “as an immigrant, I was immersed in a culture of people who were different from me, and I appreciate that Yale places a special emphasis on providing health care for vulnerable populations.”

During his third year at YSM, Hwang completed a clinical rotation in pediatric cardiology, where he helped care for patients suffering from congenital heart disease (CHD). CHD is the most prevalent class of birth defects leading to high infant mortality in the U.S., and yet for the vast majority of cases, the underlying molecular mechanisms remain elusive. His desire to further understand these diseases led Hwang to join the lab of Mustafa Khokha, MD, for his PhD.

Khokha, associate professor of pediatrics (critical care) and of genetics, explains that Hwang’s thesis project, “seeks to understand the mechanism of how beta-catenin, which is part of the Wnt signaling pathway, enters the nucleus. The vast majority of colon cancer is caused by excessive Wnt signaling. For Wnt signaling to occur, beta-catenin must enter the nucleus but how this occurs is a mystery. However, if we could block beta-catenin from entering the nucleus, we might have a powerful agent for combating colon cancer. Woong has developed a unique approach to study this, taking advantage of yeast and tools developed by Patrick Lusk in Cell Biology. Woong’s work is identifying the mechanisms that drive beta-catenin into the nucleus and may solve a decades-long mystery in Wnt signaling and provide an exciting therapeutic opportunity for a major killer - colon cancer.”

Khokha adds “Woong is brilliant, hard-working, and highly insightful. Perhaps unique to Woong is his meticulous nature. Woong does an experiment so carefully and precisely that his success rate is extremely high.”

Hwang finds the most challenging part of his research is also the most rewarding: Many of the candidate genes identified from birth defect patients have no known functional role in development. “We are the first ones unraveling the disease mechanism of these candidate genes,” he says.

Barbara Kazmierczak, the Gustavus and Louise Pfeiffer Research Foundation MD-PhD Program Director and professor of medicine (infectious diseases), says “the MD-PhD program is so fortunate to have students like Woong. He has a clear vision of how his research and clinical work can make a difference for others, and is already doing research with Dr. Khokha that will help us understand new diseases and how we might treat them.”

Hwang’s deep engagement with each of the research communities he has worked in is a big shift from when he first moved to the U.S. and could not speak English. He describes how “cultural and language barriers definitely isolated me and hindered me from embracing a new life in the States initially. I still vividly remember the first week of high school. Though I was excited to make new friends, my lunch table remained empty and I felt unwelcome. I dared not to step my foot into the cafeteria for a while.”