William Eisenhart, who will graduate from the Yale School of Medicine Physician Assistant (PA) Online Program in spring 2021, was selected as one of the Glen Doherty Memorial Foundation Scholars for the 2021 Academic Year. Glen Doherty, a Special Operations SEAL Corpsman, was one of four Americans killed in a terror attack in Benghazi, Libya on September 12, 2012. The Foundation seeks to honor his life and beliefs by helping fund educational costs for Special Operation individuals and their children. 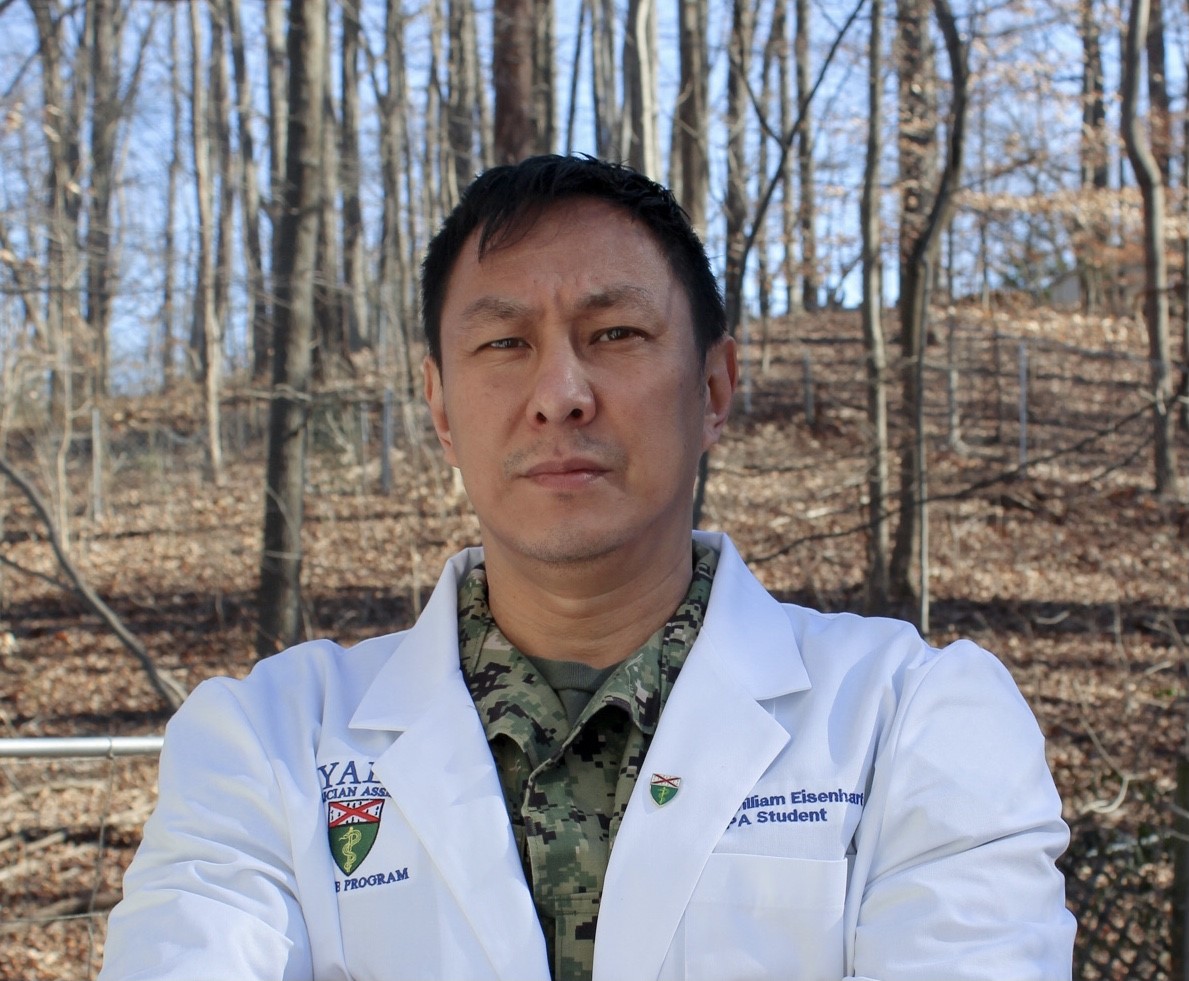 Eisenhart says that when the Foundation called to congratulate him, “I got choked up when they said Glen wanted to be a PA as I felt that I could carry on his legacy. I feel that Glen would have been an amazing student in the Yale PA Online Program and would have done great things as a provider.”

Prior to PA school, Eisenhart was a Navy Explosive Ordnance Disposal Technician and civilian intelligence analyst. He returned to the military as a Special Operations Combat Medic for a Special Forces Battalion in the Army National Guard, and began the PA Online Program in January 2019.

After graduating, Eisenhart wants to commission in the military and work with other Special Operations Medics overseas helping under-served populations.