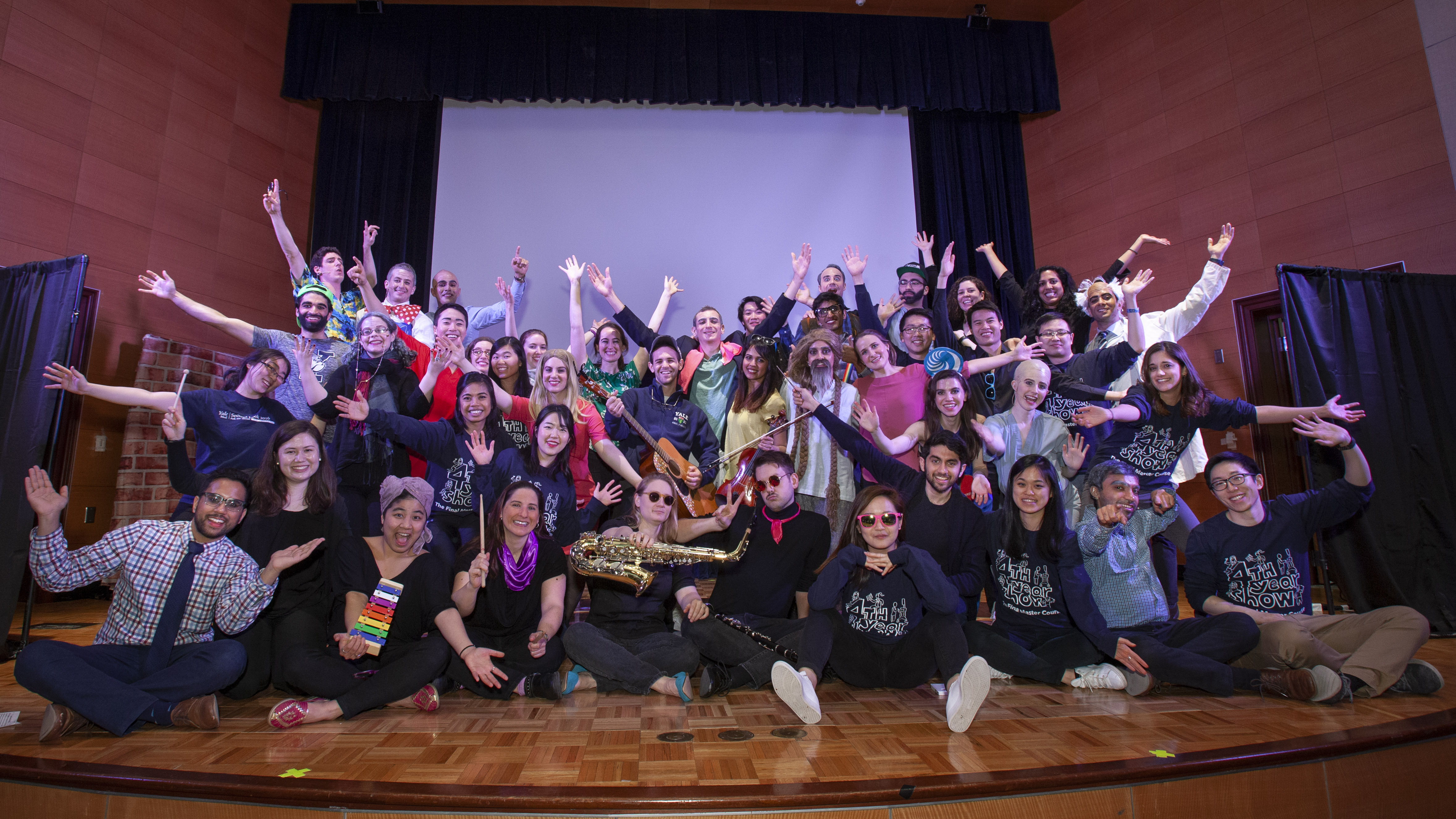 Seventy years after students in the Class of 1949 poked fun at the medical school, their professors, and their classmates in the first ever fourth-year show, the Class of 2019 has resurrected the tradition with The Final Master Course.

After 1949’s Four Years for What Follies, graduating classes performed shows off and on until the 1960s, when clerkships scattered them across the state. A second-year show that began during that period continued until 2016, when curriculum changes left no time for it in student schedules. The Class of 2019, who as first-years were described as “socially awkward and physically unattractive” in that last show, are the only current students who have enjoyed this tradition.

“We have three years below us that have not experienced this,” says Adam Nolte, one of the show’s three directors along with Michelle Ferreira and Adam Silverman. “It was on us to kickstart this tradition again with the hope that they’re going to want to keep it going.” 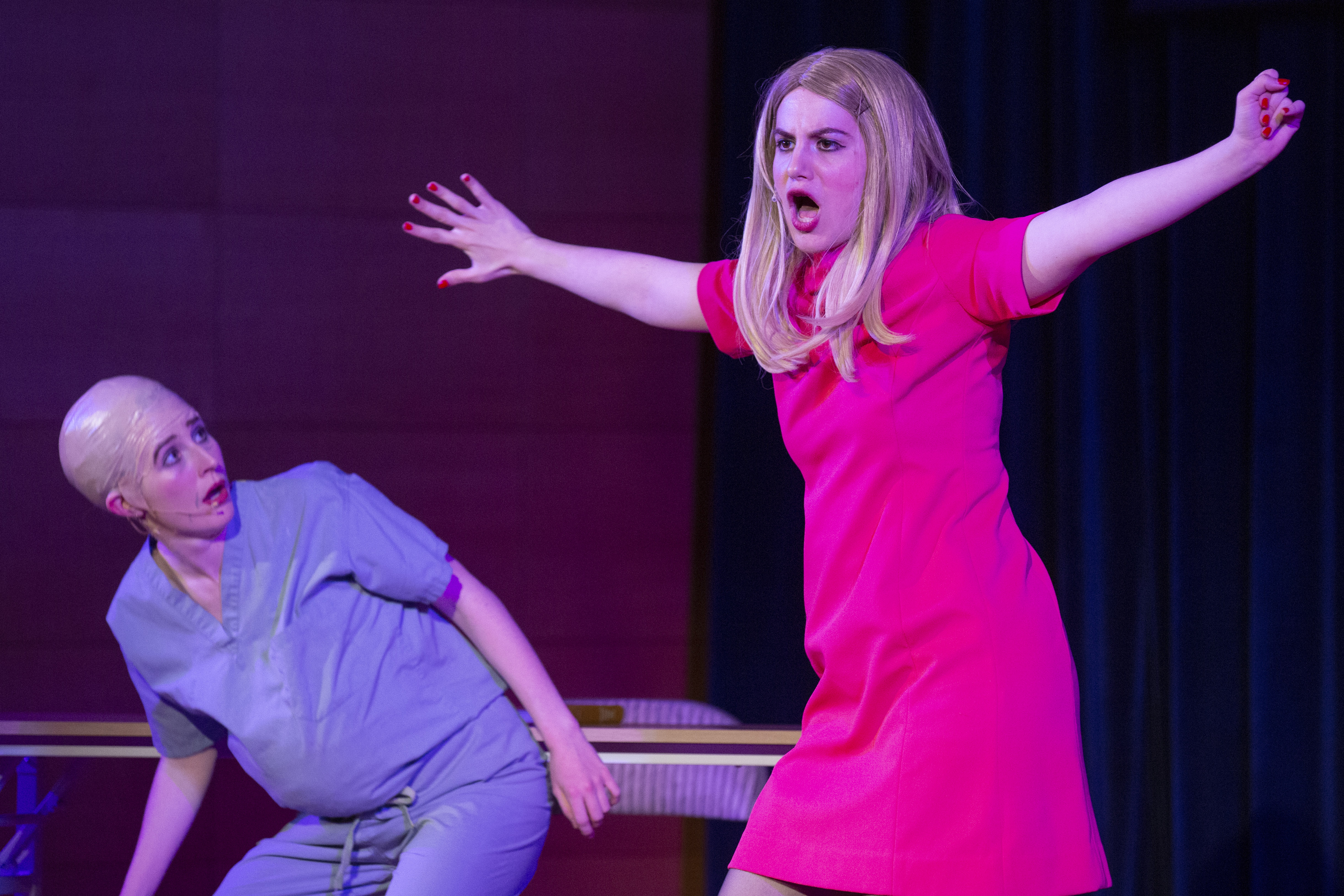 In matinee and evening performances on March 30, the audience made it clear that there is still an appetite for mockery of students, faculty, and administrators. Lights had barely gone down for the 7 p.m. opening in Harkness Auditorium when students began cheering, shouting, and catcalling from the balcony. “We want Andrea!” classmates clamored, referring to Andrea Roberts, who portrayed the show’s villain, Kirsten Wilkins, MD, FW ’06, associate professor of psychiatry and director of the Psychiatry Clerkship Program.

And therein hangs the tale—the students are just plain lousy at clinical care. “On us they rely,” they sing. “But there is no doubt … we don’t satisfy.” Wilkins devises a solution in a new master course. Through the show’s three hours—including an intermission and videos from the first- and second-year classes, faculty, and M.D.-Ph.D. students—four students struggle with the new course, which includes mandatory class attendance and pits students against each other. The students—a future internist, a budding neurosurgeon, a surfer dude, and a nerdy mud-phud—chafe at the breaches of the Yale system’s message of collaboration and independence. The story unfolds through song-and-dance numbers, based on songs by Flo Rida, Tangled, Taylor Swift, Vanilla Ice, and others. Ferreira played violin and arranged the music for an orchestra that included cello, keyboard, clarinet, saxophone, guitar, and percussion. 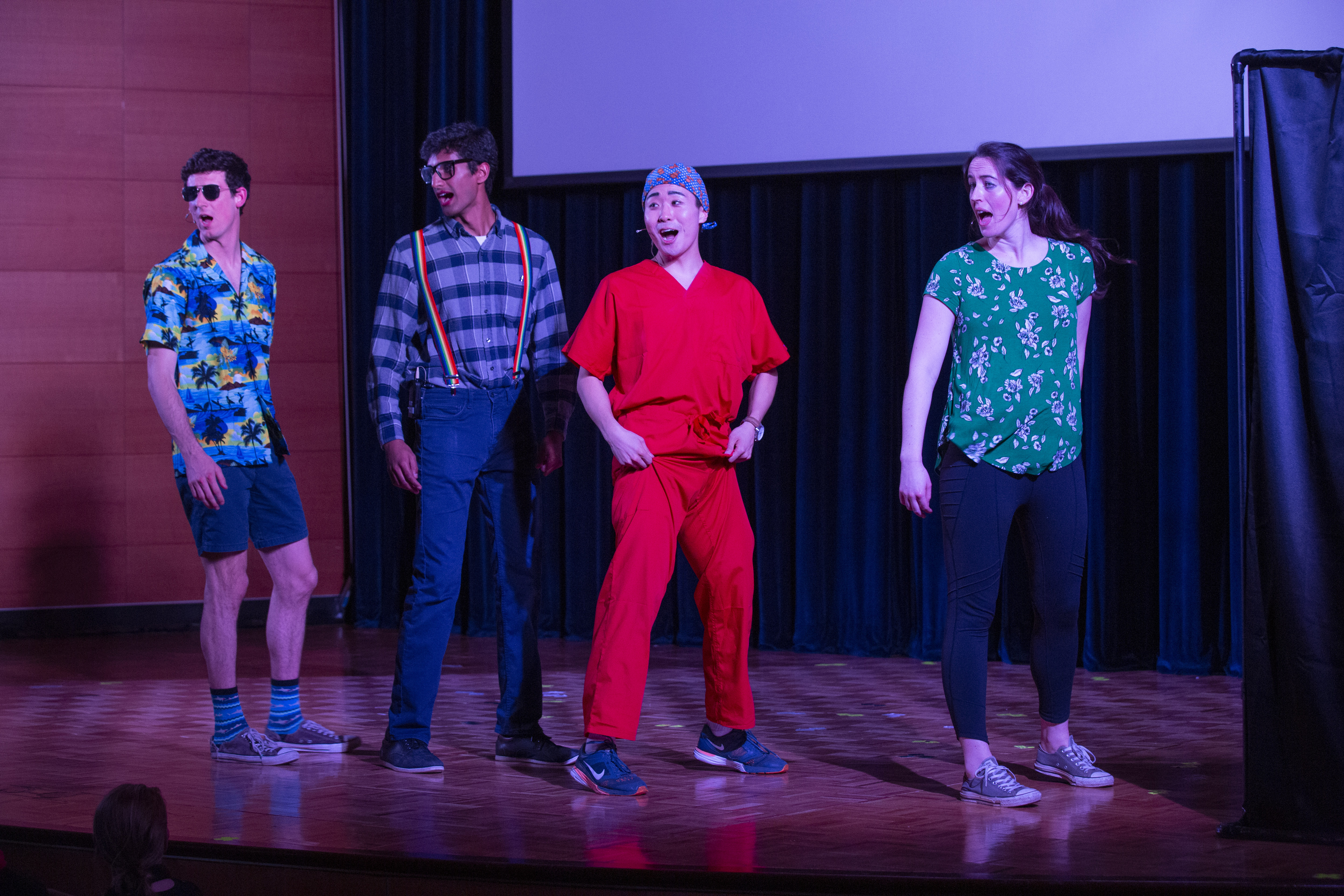 Finally, the four students, portrayed by Bryan Kaps, Andrew Koo, Raman Nelakanti, and Caitlin Parmer-Chow, buck the new system, collaborate on a patient case, and erase doubts about their abilities (“When the diagnosis isn’t clear … and the labs don’t show what you wanna hear … you now know … what to do," the students sing). In the show’s happy ending, they convince faculty to overrule Wilkins and end the course.

Planning started more than a year ago, but the seeds were planted right after the last second-year show. “We saw how much fun they had,” says Nolte. “Faculty talk about their show when they were students here. For them it’s a memory that lasts a lifetime. It was something we didn’t want to lose.” 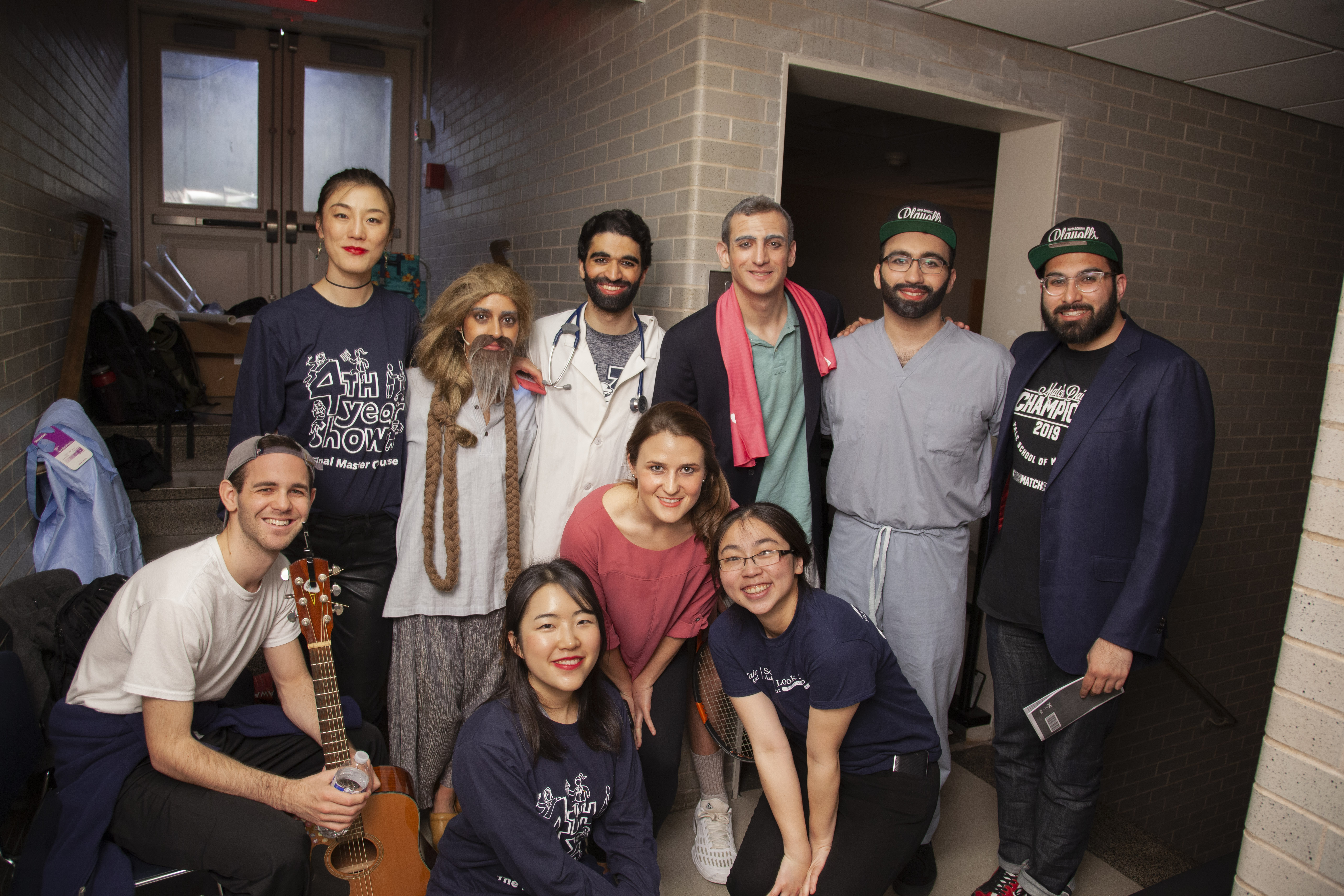 The students brainstormed and mined classmates for funny or memorable moments and sought advice from the producers of the 2016 show. By virtue of being at the end of their med school careers, the students had a wealth of new targets for their jokes and jibes. “I think the pre-clinical faculty and our administration got off a little easier this year because we had this whole new group of clerkship directors and attendings,” says Jack Zhao, the show’s producer.

By last fall they had a first draft of the script and rehearsals began in early February. They scheduled the show during Capstone, a required course that brings graduating students back to campus from external clerkships and research projects.